When it comes to reality TV, I think of myself as somewhat of a connoisseur. Bravo is the maître d’, serving up show after show. Are series like Vanderpump Rules highbrow? Absolutely not, but there’s something very relaxing about watching a bunch of people deal with their personal dramas on camera.

Stassi Schroeder, Jax Taylor, and Kristen Doute have been main cast members serving up cocktails since day one. Between them, they’ve weathered more scandals than Ellen DeGeneres, but the worst storm has just hit.

Faith Stowers, a former cast member on season 6 of the show and a server at Lisa Vanderpump’s Sexy Unique Restaurant, was at the forefront of drama during her brief stint on the series.

Two years later, she’s come forward to expose Schroeder, Taylor, and Doute for the privileged wretches they are.

First, let’s recap what Faith got up to on the series. She wasn’t a main cast member, but she was a prominent name.

Jax Taylor, the resident unhinged scumbag and unrivaled man whore of the group, cheated on his Southern Belle girlfriend with Stowers.

While I’m the first to admit a lot of storylines are concocted, this one was 100% real and played out on camera. Jax’s then-girlfriend and current wife Brittany Cartwright was devastated by the news – and rightly so.

The outrage among the friends was real, but they took it a step too far.

Stowers recently appeared on an Instagram live to talk to MTV Floribama Shore star Candace Rice. In it, she recalled her experience with the all-white Vanderpump Rules cast.

Things took a real sour turn when Kristen Doute and Stassi Schroeder spotted a picture in the news of an African American woman wanted in connection to a spate of robberies.

They simultaneously pointed the finger at Faith, even though the pictures don’t resemble her. In a now-deleted tweet, Doute made her stance clear, sharing a link to the news story.

Hey tweeties, doesn’t this ex #pumprules thief look familiar? Someone put her on MTV & gave her a platform for press. I didn’t wanna go there but I’m going there.

This Vanderpump Rules Scandal Goes From Bad to Worse

Throwing accusations out of pure spite is shameful, but Doute and Schroeder didn’t stop there. They called the police and told them they thought it was Stowers.

It was somebody else. It was just funny because they thought it was me because it was a black woman with a weave. 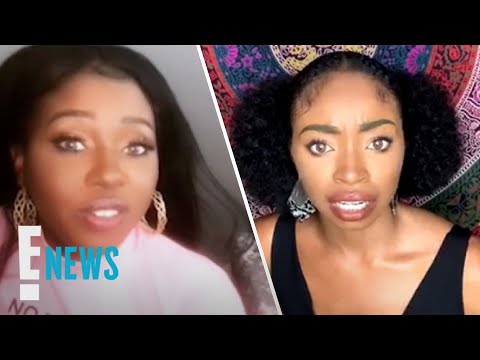 As you might expect, these revelations have blown up and started a whole new conversation around Vanderpump Rules.

Doute and Schroeder have fallen to their knees, apologized to Faith, and released near-matching statements trying to make amends for their behavior.

Schroeder, a best-selling author, has already been dropped by her PR firm and lost deals with Billie razors and Ritual.

Perhaps Stassi should’ve thought harder before she confessed to the heinous act during an appearance of the B*tch Bible podcast a couple of years ago. Stassi said that both she and her ex-friend Kristen pushed the police to act, but it went nowhere.

We are like, we just solved a f***ing crime. We start calling the police. The police didn’t give a f***. It’s really hard to get in touch with the police unless it’s an emergency.

Jax Taylor Is Guilty Too

Not only were Kristen Doute and Stassi Shroeder intent on causing Faith some serious harm, but so was Jax Taylor. It’s telling that Stowers bore the brunt of the jabs when Tayor is a serial liar and manipulator, unworthy of Cartwright (or any woman for that matter.)

Taylor’s name was brought to light after a tweet of his resurfaced in which he accuses Stowers of multiple crimes when asked a question by a fan.

Faith’s allegations come at a time where people are educating themselves about the Black Lives Matter movement and vowing to make a change.

But how can the all-white, ultra privileged Valley-dwelling cast members on the show ever change their tune when they’re so blinded by their own privilege?

They may appear to show complete support of the gay rights movement and tout inclusivity, but the issue of race has always been conspicuously absent from the show.

Vanderpump Rules is a world that relies heavily on smoke and mirrors to keep viewers tuning in week after week, despite the lack of diversity it portrays.

People like Doute, Taylor, and Schroeder continue to reap the rewards of life in the spotlight, even if they have to stand on people like Faith to get there.

So, what now? The ball’s in your court, Bravo.