If we could all be as flawless Chrissy Teigen, then maybe the coronavirus would be gone already. Teigen went on Twitter yesterday to rip Melania Trump to shreds for her lack of action in these trying times.

Chrissy Teigen’s outburst is just a poorly veiled jab at herself. Chrissy, you hate Melania, because you are Melania.

First, let’s break down this verbal assault. Sometime around 5 pm PT yesterday, Chrissy Teigan detonated. She gathered all of her frustration, rage, and hatred, and aimed it directly at poor, helpless Melania Trump. Here’s most of it. Warning NSFW:

If there’s one message in here that rings true, it’s when Teigen writers “BE BETTER.” Melania has plenty of room improve, and Teigen’s message could’ve ended there. Instead, she rips Melania to shreds:

ALL I have seen this bot do is gently touch Christmas ornaments in a cape and stare in a cape and pat statues in a different cape and then change her cape into a rude ass jacket. F*ck you

Capes and rude ass jackets? It’s hilarious. But like, who are you really mad at here, Chrissy?

What Exactly Has Chrissy Teigen Done?

While Teigen tried to cut Melania down for her lack of action, what exactly has she been doing? So far, she’s helping her 12 million Twitter followers through this global crisis by baking a cake.

She ripped into Melania Trump for working on a “tennis gazebo,” while she’s in the kitchen baking a cake. Can you imagine the hatred that would spew from this woman’s heart if Melania posted videos of herself baking right now? But don’t worry, Chrissy has done more than bake a cake.

She’s also watching TV! Wow, Chrissy. Your courage is second to none. What is a peaky blinder? Finally, we have someone brave enough to demand answers.

Chrissy Teigen Is a Horrible Feminist

This woman told Glamour U.K. that she’s raising her son to be the “ultimate feminist.” Surely she would bash Melania for being a “wifebot” if she was baking cakes while the world is on fire.

As Teigen throws this woman under the bus, is she displaying the traits of the “ultimate feminist”? Melania has probably never found her voice. She’s married to a toxic man who’s said some of the worst things a president has ever said. Her position in life is likely less “wife” and more “hostage.” 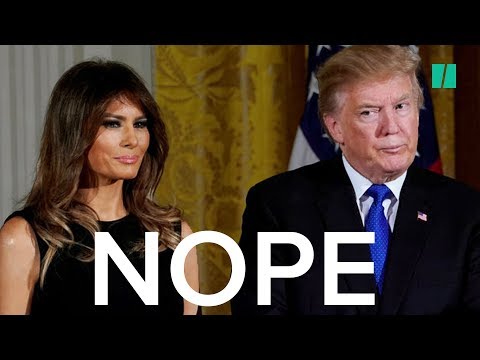 She’s already down, Chrissy, why are you kicking her? You could use your hand to pick her up, but instead, you’re punching. Teigen is displaying traits of a real bully, and a bully against a woman nonetheless. Kids don’t care what you say; they observe how you act. Good luck with that son of yours.

Grow Up Chrissy; You Are the Problem

Melania has been depressingly robotic in these trying times. Most of her tweets look like they were copied and pasted from a textbook.

But this is the same Melania Trump we’ve always known. She’s not qualified to be much of anything. She was a successful model who married a rich guy. Just like you. Only her man became the president. Is that her fault? Certainly, we would like more from our first lady, but these are times we need to band together.

Spewing hatred on Twitter sets a bad example for the entire world. If you’re angry, fine, express your anger. But please, chill on the hate. The most impactful thing we can do during times of crisis is to try to work together and communicate. Chrissy Teigen just showed us how to fail at both. Be better, Chrissy.