By CCN.com: Netflix is facing increasingly intense competition from multiple other streaming services. Whereas Netflix once seemed to be creating high-quality, intelligent, and groundbreaking content, many of its recent moves feel more like the company is grasping at straws.

Netflix has ordered an animated series entitled “Agent King” from Priscilla Presley and ”Archer” writer John Eddie, described as an adult action-comedy series in which a fictional Elvis Presley moonlights as a government spy. 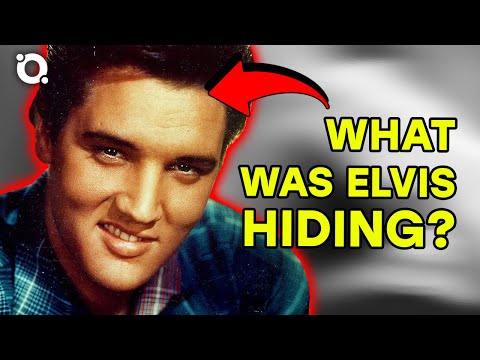 On the one hand, this kind of off-the-wall idea is exactly the kind of thing one might expect from Netflix. Its shows that have been similar in nature while attracting an occult audience have never been breakout hits.

Then again, Netflix has never been forthcoming about just how many people watch its shows, so it’s impossible to say how many breakout-hits Netflix actually has.

Netflix Using Re-Treads and That Can’t Be Good

While one can never predict how popular any given show will be, the show’s concept feels a little muddy. Despite his extraordinary popularity as a musician, Elvis has always been subject to good-natured ridicule.

Elvis parodies and send-ups have been around for decades. So rather than breaking some kind of shocking new ground, this just feels like another incarnation of something audiences have seen before.

The shows that seem to catch on with audiences, as far as Netflix is concerned, our vibrant original ideas or upside-down executions on things we’ve seen before. This includes shows like “Stranger Things,” “BoJack Horseman,” “Narcos,” and true-crime documentaries.

Netflix surprised investors when it reported a 126,000 decrease in U.S. subscriptions when analysts expected a 350,000 increase.

Now we are hearing about Elvis Presley cartoons and $70 million deals for comedians like Eddie Murphy to do a series of specials. The price tags for these and other standup specials are unreasonable, yet Netflix throws the money at them.

It’s also been throwing exorbitant money at creators like Ryan Murphy and Shonda Rhimes to create new series for the streaming giant. While the former is known for some groundbreaking work, the latter produces straight-ahead unexceptional network drama.

Netflix also seems to want to dissuade those interested in Disney’s new streaming service by setting up new shows for preschool viewers.

An Elvis Presley cartoon seems to fit into this same category. Netflix is throwing everything it can at the wall to remain relevant. That’s not a good strategy.