Netflix shocked investors earlier this week when it reported a 126,000 decrease in domestic subscriptions, disappointing analysts who expected an increase of 350,000.

While Netflix offered all sorts of lame excuses for the decline, it’s impossible to deny that its recent price increases and increasing competition are having an impact on its business.

To that end, Netflix has been trying to stuff its content channels with gigantic deals for prolific creators and comedians.

But is Netflix getting desperate? 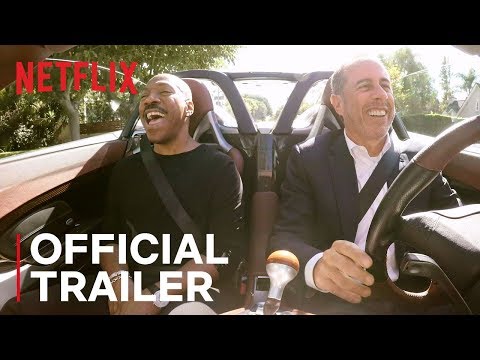 It’s a valid question to ask as news has broken that Netflix may pay $70 million to lure legendary comedian Eddie Murphy back into the world of standup comedy.

It’s not an entirely unreasonable idea to tempt Eddie Murphy to come play. Comedian Dave Chappelle was paid $60 million for a trio of standup comedy specials a couple of years ago, and Chris Rock was paid $40 million for just two shows.

Eddie Murphy would also follow on the heels of Jerry Seinfeld’s fabulously successful “Comedians in Cars Getting Coffee,” which actually began as a web series.

Eddie Murphy is more contemporary of Jerry Seinfeld than Dave Chappelle or Chris Rock. So there may be some question as to whether Eddie Murphy will attract the kind of demographic that Netflix traditionally banks on for long-term subscriptions.

Eddie Murphy may be returning to stand-up

The “Shrek” star, 58, is said to be in talks with Netflix around potential stand-up comedy specials in a deal, possibly worth around $70M.https://t.co/Gme7o003VX

The Price Tags for Comedy Are Ludicrous

Yet the price tags for a handful of Eddie Murphy and other standup specials are, by any metric, incredibly and unreasonably expensive.

For Netflix to break even on a $20 million one-off comedy special, and an average monthly subscription price of $13.99, it would mean that the special would have to attract 1.5 million new subscribers.

That seems unlikely in the extreme.

Yet Netflix doesn’t seem to care how much money it is paying for content to some of Hollywood’s biggest names.

The fact that Netflix is likely to burn $3.5 billion in cash this year, and is funding all of its original content through high-yield debt, doesn’t seem to concern management.

There is a dirty little secret regarding subscription-based entertainment that nobody ever wants to discuss. There is no doubt that pay cable-subscription services, and streaming services like Netflix, have robust enough analytics to determine what a given program generates in new subscription revenue.

Enough data also exists to determine whether or not subscribers then bail on the service after the show has run its course or if there is a certain retention effect that occurs because of that show and other content.

Yet none of these corporate entities will ever release that information.

The truth is there is no real way to tell whether or a $70 million package for Eddie Murphy is worth it, at least as far as investors are concerned.

Investors should also be concerned about Netflix’s ongoing sky-high valuation and it’s bubble bursting. These blockbuster comedy deals seem more like a streaming service that is sending up flares to attract new subscribers in the hope that people will retain the service for the long-term.