Bernie Sanders presents himself as a man of the people, but do his comments about the MLB-MiLB conflict prove he is just another politician?

Bernie Sanders is a likable guy. He is smart, well-spoken, and genuinely seems to care about the average person. Too many politicians seem to focus on where the money comes from, like wealthy donors and well-funded interest groups. Sanders focuses on everyone else.

That is why he is beloved by many. He is a politician that says he cares about the people, but unlike most politicians, he’s believable.

Because of that, he does not appear to be like the majority of politicians that we see. That makes him a breath of fresh air when it comes to politics, a deviation from the norm that the country needs.

But with his recent pandering to minor league baseball fans, he proves that he is not that guy. Instead, he shows us that he is just like every other politician out there by trying to use baseball for political gain.

@BernieSanders gets some batting practice in with minor league players as he vows to fight the MLB's restructuring plan to eliminate 42 minor league teams around the country at the end of the 2020 season. #berniebats #bernieinIA #2020Dems pic.twitter.com/S8PMoTbqWD

For those that have been too busy watching football and basketball, MLB and MiLB are having some issues. The relationship between the two are governed by an agreement renegotiated every 10 years.

Usually, the talks go off without a hitch, the agreement gets renewed, and it is business as usual. But that has not been the case this time. Things have gotten contentious enough that MLB Commissioner Rob Manfred has threatened to dissolve the relationship entirely.

While it would never happen, Sanders decided to take the opportunity to push his socialist agenda and politics onto baseball:

The MLB is threatening to entirely eliminate Minor League Baseball. We will not sit by and let that happen. Join us live from Burlington, IA for a meeting and batting practice with minor league players and employees: https://t.co/uEkdhRCSI9

The nature of the disagreement between MLB and MiLB aside, this speech from Sanders shows that he is just like every other politician out there. There is one surefire way politicians can get their name out among the general public – act like they are trying to protect the integrity of professional sports.

What they say or do will probably have no impact on the issue. But because they said it, they get brownie points from the general public. When the general public votes, maybe they vote for them since their name is familiar.

It happened back in 2005 when Congress held hearings on the use of steroids in baseball. The politicians that participated looked great to their constituents because they were speaking out against cheaters and drug users in baseball.

But did anything of substance come from the hearings? Yes, maybe they did have an impact on MLB instituting a stricter policy on steroid use. Don’t politicians have more significant, more important issues to deal with? Things more relevant to their jobs?

Couldn’t their time and our tax dollars have been better spent doing other things? Yes, but the people do not pay attention to most issues like they do professional sports.

So, if you want to look good, you have to take the opportunity where it arises. Bernie Sanders recognized that perception during the 2005 steroid hearings – and took advantage of it: 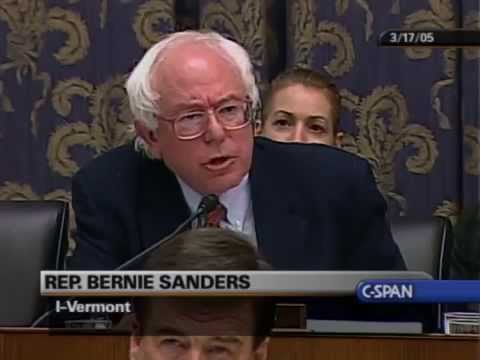 It was nice to see a politician recognize the issue and advocate for attention to other things—but then he went on to ‘grandstand’ anyway like every other politician in the room.

He did it then, and he is doing it now.

← PreviousWhy the Cowboys’ Coin Flip Flub May Come Back to Haunt Dak Prescott
Next →Antonio Brown Teases Rap Album, May Title It ‘No White Woman 2020’