2020 presidential hopeful Bernie Sanders made “Medicare for All” his primary campaign slogan.

The democratic-socialist senator from Vermont has been a starry-eyed supporter of the radical plan since 2013. He claims it would increase the quality U.S. healthcare and lower the number of underinsured Americans.

“It is not a radical idea to say that in the United States, every American who goes to a doctor should be able to afford the prescription drug he or she needs. Health care is a human right, not a privilege.”

Under Medicare for All, Americans wouldn’t be required to pay insurance premiums or deductibles, and a government-run system would replace private insurance options.

The radical plan would upend the U.S. healthcare industry in just four years by eliminating virtually all private drug and insurance companies. Private insurance would only survive for “elective medical care, such as cosmetic surgery.” Good to know in case you need breast implants. 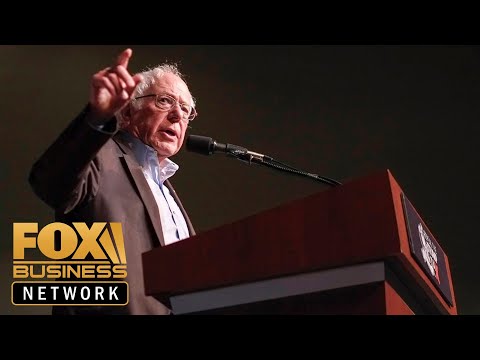 Supporters fawn over the “noble” Medicare for All plan, but Sanders flat-out ignores the heavy price tag that would come with the socialized healthcare revolution.

According to the libertarian Mercatus Center, Sanders’ plan would hike federal spending by nearly $33 trillion over the next ten years, plus an additional $1 trillion each year after that. And that’s in what basically amounts to a best-case scenario.

Republicans understandably scoffed at Sanders’ Medicare for All plan. Trump spokesperson Kayleigh McEnany argued that it would lead to increased wait times, higher taxes, and fewer choices for the 180 million Americans that use private health insurance.

Sanders also faces opposition from his own party. Minnesota Senator Amy Klobuchar has not pledged support for the idea, while 2020 hopeful and former governor of Colorado John Hickenlooper has stated that Sanders’ Medicare for All plan is “politically unfeasible” and that he can’t imagine “how we would pull [150 million people] off health care coverage that in most cases, they like.”

Despite the media hoopla, only 14 Democratic senators have signed on to the idea of Medicare for All, and four – Cory Booker, Kamala Harris, Elizabeth Warren, and Kirsten Gillibrand – are competing with Sanders for next year’s Democratic nomination.

When you’re a Democrat, everything looks like a possible tax increase, but what the progressives refuse to learn is you can only bleed the rich for so long.

Bernie Sanders protege Alexandria Ocasio-Cortez recently took a direct page out of her failing mentor’s book when she suggested a 70 percent tax on America’s wealthiest citizens.

Such a tax was already attempted in France and failed to bring in considerable revenue, leading to its cancellation after two years. Massachusetts Senator Elizabeth Warren has also proposed a 2 percent annual wealth tax on families that earn more than $50 million per year, while AOC’s Green New Deal – recently shot down in grand fashion – would have required significant tax hikes to fund renewable energy programs.

Sanders is not offering specific details regarding how money will be spent on the plan.

Instead, true to form, he punted:

“We will continue to get the best ideas from economists, doctors, nurses and ordinary Americans to guarantee health care as a fundamental right.”

SpaceX Attracts $1 Billion to Its Coffers amid Flawless Satellite Launches