The coronavirus has grown to infect over 111,000 people, and it is spreading rapidly across many continents. But on top of the staggering human cost of the deadly pandemic, the disease is having a disastrous impact on markets with many fearing the worse could be yet to come.

International equities are all down by massive clips today, and the U.S markets are no exception. Bank Stocks are leading the move downward on fears the Fed could cut rates in response to the crisis. According to one Wall Street analyst, rates could go as low as zero. 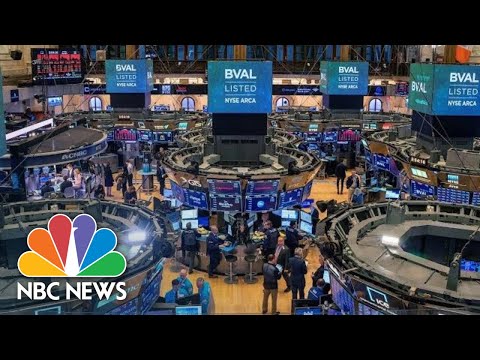 It’s no secret that the market is panicking right now. The VIX Volatility Index is trading near 60 points, oil prices have fallen by over 20% overnight, and the Dow crashed by so much that it hit a circuit breaker in early market trading.

At times like this, investors look to the Federal Reserve to soften the blow through dovish monetary policy. According to Micheal Gapen, a Wall Street economist, the Fed may cut interest rates to zero.

He stated the following to CNBC’s trading nation:

The likelihood of getting to zero (interest rates) is higher than the risk of a recession.

They certainly haven’t laid out a lot of plans. But certainly, they would not stop at zero. I think they would be prepared to do more.

But while Gaspen expects dovish monetary policy, he doesn’t see a recession on the horizon.

There is probably a low risk of a recession, a 1 in 4 maybe at the most

Last Tuesday, the Federal Reserve enacted an emergency rate cut that brought the target to 1.00%-1.25%.

That move helped stabilize the market when coronavirus was mainly confined to China. But as the disease explodes in the United States, it’s increasingly looking like more aggressive monetary policy solutions will be on the table going forward. This includes tactics like quantitative easing and, perhaps, controversial “helicopter money” stimulus.

The Dow is down by around 6% in early morning trading. Bank Stocks are down by 8-12% with Bank of America (NYSE: BAC) leading the downward movement with a staggering decline of 12.8%.

Gold and Treasuries have both appreciated as investors flock to safe havens.

As a writer with over five years of financial experience, William Ebbs has earned millions of page views with his hard-hitting, opinionated work. When Will isn't writing, he enjoys strategy gaming, world travel, and researching for his next article. William Ebbs is based in the United States of America. Email me | Follow Me on Twitter | Link up with me on LinkedIn