A new Fortnite link has just dropped and it’s a doozy. Twitter account, Skin-Tracker, has discovered some new animations that hint at underwater swimming being added to the game. After regular swimming has been added a few months ago.

Fortnite’s new Underwater swimming is probably a temporary addition. But, should it be temporary? Could Fortnite actually benefit from the massive shakeup that this feature would bring? Personally, I think it might actually do the game same good.

The Direction Fortnite Has Been Heading In Lately

There’s a lot of discussions going on surrounding Fortnite right now. There’s a hardcore community who think the game is dying. At the same time, the casual community just spent a day thanking Epic Games for their work on the title over the past few months.

Clearly, the casual community feels more supported. If that is the case, then the inclusion of underwater swimming is going to be a big bonus. Both for casuals and ‘hardcore’ players alike, at least potentially.

As pointed out by ComicBook.Com, underwater swimming will mess with the meta of the game. If you can suddenly hide underwater, then the dominant strategy for playing could suddenly change. After all, why hide in a bush when you can hide underwater. 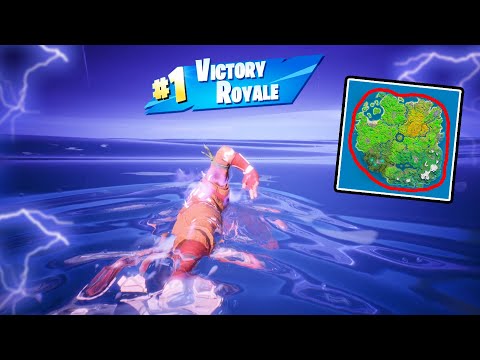 There’s More Too It Than Just Adding Swimming

As much fun as this Fortnite leak is, it does raise some questions. The main one is how underwater swimming is going to work. Will oxygen be tracked? How visible will you be to people above and below the water level? All of these will affect how useful underwater swimming can become.

Currently, we don’t know what the event swimming is being added for. Possibly some sort of movie crossover. Maybe even for Avatar 2 which is supposed to be coming out next year and heavily features underwater scenes. After all, Disney owns the IP now, and Fortnite has already featured Disney properties with that Avengers crossover from last year.

No matter what happens, it’ll be interesting to see what underwater swimming adds to the game. Maybe if it’s good we can convince Epic to keep the feature around after the event. I won’t be holding my breath though.