If there’s any substance to the latest rumor making the rounds, then Microsoft’s Xbox Series X will retail at a wallet-busting $599.00. Some have jumped the gun somewhat and proclaimed a massive advantage for Sony, but upon closer inspection, there’s little to suggest the Xbox Series X will indeed retail at such a steep price.

As with most of the pricing news published to date, this latest one is by no means official but comes from a reputable source, which certainly sets it apart from the usual out-of-the-blue ‘leaks’ extracted from the bowels of 4chan and the like.

Speaking during a recent episode of the Kinda Funny Xcast, former IGN reporter Alanah Pearce recounts receiving a private message from an anonymous retail store worker. The DM contained an image of an internal computer system showing the Xbox Series X priced at $599.00 alongside a November release date. 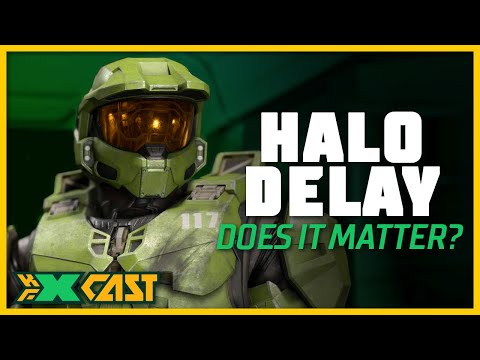 Footage of Pearce sharing the tidbit emerged on Twitter, cut to leave out one crucial point that much of the reporting surrounding the topic seems to have circumvented, intentionally or not – the price is more than likely a placeholder. Pearce notes this.

Alanah Pearce says someone sent her a photo from a retail store computer showing Xbox Series X price of $599 pic.twitter.com/etWxdhPtd3

In recent weeks, we’ve seen many such placeholders, notably for the PS5 from French retail giant Carrefour and an innumerable list of smaller retailers worldwide. They’ve varied widely in the price they’ve assigned to the console, which says more than enough about taking this latest retailer leak as a clear-cut indicator of the Series X launch price.

The chances are the retailer in question is using $599 as a stop-gap as it makes the necessary preparations to handle the demand for next-gen consoles come later this year.

Pricing is always a significant consideration with each new generation. More so than ever this time around due to the unprecedented reality spawned by the ongoing pandemic. Mass unemployment, looming recessions, and a substantially squeezed purchasing power mean the price will have more sway than ever for would-be owners.

Both Sony and Microsoft will acutely aware of this. Both have first-hand experience of what it means to get the all-important launch price wrong.

Xbox head Phil Spencer has already confirmed that Microsoft is adopting an agile approach to pricing with an eye on the competition. Agility in action is not $599. Similarly, Sony has described PS5 pricing as a ‘balancing act’ due to competition in the space.

Next-gen pricing has been framed so far as a head-to-head game of chicken between the two platform holders, each waiting to undercut the other. This is reportedly why we are so late in the game without a price for either the PS5 or Xbox Series X.

Microsoft opting for the highest expected price from the outset seems incongruous with what we’ve heard so far. It would gift a jump start to Sony, something Microsoft is presumably eager to avoid this time around. With this in mind, there is conceivably no reason for Microsoft to share the price with retailers if it’s waiting on Sony to blink first.

Finally, there’s the price itself. $600 is expensive. For the same price, it is possible to piece together a more than respectable gaming PC.

As consoles edge ever closer to PCs in terms of capabilities (and even design in the case of Xbox Series X), there’s a dwindling list of advantages that set it apart.

One of the last remaining ones is convenience – a neatly packaged system that works out of the box at a much-reduced price compared to gaming PCs. By feathering the $600 threshold, price loses its weightiness as a deciding factor for players.

If there’s anything all this illustrates, it’s that it’s high time Microsoft and Sony finally drop the big news and share the price for their respective next-gen consoles. The silence does nothing but spawn spurious rumors and test the patience of eager fans.

The Xbox Series X is unlikely to cost $599. Nevertheless, we’d sure like to know how much.