You might want to buy some gold ahead of the Nov. 3 presidential election. According to UBS, an uncertain election is favorable for the yellow metal. Uncertainty surrounding the pandemic and interest rates near zero are other factors that will drive gold higher.

Gold prices have soared in 2020 amid the coronavirus pandemic, which triggered a recession with high levels of unemployment. The precious metal exceeded $2,000 an ounce for the first time in August.

Gold fell more than 4% last week, its worst weekly slump in six weeks, mostly due to the strength of the U.S. dollar. UBS said that the recent decline in gold is a temporary correction. The thesis for buying the precious metal remains strong, especially with the impending election standoff between President Donald Trump and his Democratic rival Joe Biden.

Gold’s short-term catalyst could be the U.S. election. A contested outcome will bring volatility to the markets, which will push investors towards the haven asset. The yellow metal tends to rally during periods of uncertainty or volatility.

A contested outcome is still a possibility, which could add to further volatility and result in safe-haven flows.

With five weeks before the election and the first presidential debate on Tuesday, investors are wondering if a Trump or Biden White House is better for the markets and the economy.

In general, Trump is seen as a pro-business candidate because Biden has pledged to raise corporate taxes. But Trump’s unstable relationship with China could be a threat to the stock market.

U.S.-China Tensions and Concerns About Pandemic Will Support Gold Price

U.S.-China tensions and concerns about renewed lockdowns are weighing on investors’ sentiment, which could drive the yellow metal higher.

Low Rates Are Positive for Gold

Rising inflation expectations and lower real yields could drive gold prices higher by the end of the year.

Samuel Burman, assistant commodities economist at Capital Economics, said in a report that he now sees gold ending the year at $2,000 an ounce. The new year-end target is up from the previous estimate of $1,900 an ounce.

Burman said in the report:

As gold pays no income of its own, its attractiveness as an asset is determined by real yields on competing safe-haven assets, such as U.S. Treasuries. Real yields have plummeted in recent months as a result of the collapse in nominal yields and a revival in inflation expectations. We think that the price of gold will drift upwards through to the end of 2021 as real yields edge lower, which could weigh on the value of the U.S. dollar.

While gold and stocks have traditionally moved in opposite directions, they have moved in tandem recently. Gary Wagner, editor of TheGoldForecast.com, attributed this to monetary policy intervention:

The only time you really get a correlation where you get both U.S. equities and gold and silver running in tandem to the upside, is when you have central bank intervention and quantitative easing. That is the unusual circumstance where borrowing power is very, very inexpensive, the cost of borrowing is zero, basically.

Gold rallied more than 1% on Monday. Watch the video below: 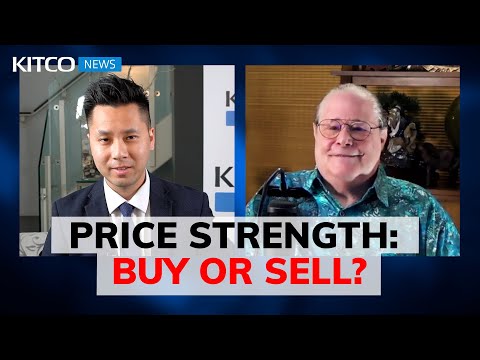 Quantitative easing will prompt equity traders to push stocks higher and gold investors to buy the metal due to inflation fears. So it’s possible to make money in both the stock market and gold.