Gold Prices Rampage Past $2,000 – And They’re Only Getting Started

Gold prices finally broke the $2,000 mark for the first time ever, and the yellow metal has far more room to run.

Gold prices finally cleared $2,000 for the first time ever today. The metal had already surpassed the manic high set in 2011 near $1,950 per ounce.

Unlike last time, there’s a perfect monetary and fiscal storm set to drive prices even higher in 2020 and beyond.

Typically, gold serves as a barometer against the dollar. And by all accounts, the dollar is having a crisis of faith.

With the monetary and fiscal injections flooding into the global economy, gold serves as a hedge against this stimulus sparking higher levels of inflation. What’s more, the yellow metal serves as a “doomsday hedge” against fiat currencies in general.

There’s a high correlation between gold and real bond yields too.

While that’s not a sign of causation, the rise in real yields since the March stock market crash has corresponded with the increase in gold prices.

These factors have combined to provide gold with a better return this year than tech stocks, as measured by the Nasdaq.

Even better, gold prices didn’t suffer a March drawdown that was anywhere near as severe as the one stocks endured.

Why the Yellow Metal Surge Isn’t Over Yet

Gold’s relative performance compared to stocks puts the metal in the driver’s seat as the top-performing asset this year. That kind of run tends to attract momentum investors who, in turn, drive more gains.

That doesn’t include any ongoing stimulus measures that may keep prices propped up.

While the total value of the gold market is in the trillions, it’s still small relative to a stock market index like the Nasdaq. There are simply fewer places for large amounts of capital to flow in the precious metals space.

Like trying to put the output of the Hoover Dam through a garden hose, it points to another potential blow-off top in gold prices, although that may take months to play out.

As Mohamed El-Erian of Allianz Global pointed out on Twitter:

Suspect there’ll be greater cyclical/structural allocations to gold–both of which are price supportive.

In short, we’re nowhere near a top.

It’s not too late for investors to buy the metal. Another worthy bet is on the mining companies, which tend to outperform on a percentage basis during a rally.

Video: Gold prices are at all-time highs, but they have more room to run. 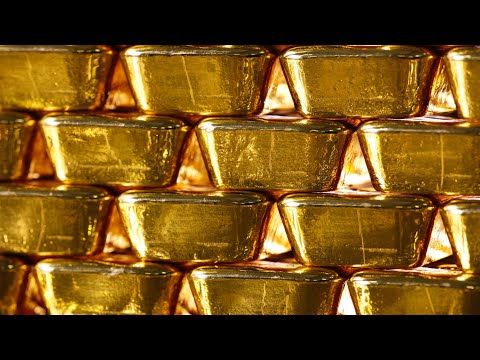 In that kind of move, a mining company could see triple or quadruple-digit returns, depending on the speed of the ascent.

With the overall stock market trading sideways in recent weeks, and with earnings season only looking attractive for the big tech names, gold prices will likely continue to shine for some time.

Disclaimer: This article represents the author’s opinion and should not be considered investment or trading advice from CCN.com. The author owns mining stocks and options and has been long on gold since 1993.

September 27, 2020 2 Comments
← PreviousSomeone Stop Dave Portnoy From Going Down the Bitcoin Rabbit Hole
Next →The Dow Is Rallying – But August Could Be an Insanely Turbulent Month