Goldman sees the U.S. stock market going higher by year-end as the probability of a near-term vaccine continues to rise.

The S&P 500 fell nearly 8% from its September 2 high of 3,588 to a low of 3,310 on Friday, driven by a massive mega-cap tech selloff. The sharp downturn pushed the Nasdaq Composite into correction territory in just three sessions–a 10% decline from a record high. The stock market correction might be over.

All major Wall Street indices were soaring Monday because of positive developments around a coronavirus vaccine candidate and a wave of newly announced mergers and acquisitions among large companies.

Why You Will Soon Forget the September Stock Market Selloff

According to Goldman Sachs, the stock market is poised to turn the page on the massive selloff as advances in a coronavirus vaccine and economic reopenings push equities higher.

Despite the sharp sell-off in the past week, we remain optimistic about the path of the US equity market in coming months.

Goldman’s bullish forecast is primarily driven by the rising likelihood that a viable COVID-19 vaccine will be ready by the first quarter of 2021.

According to the Superforecasters at the Good Judgment project, there is a 68% chance that a vaccine is mass-distributed by Q1 2021, up from 40% three weeks ago. The likelihood of a vaccine is one of the main reasons why Goldman projects 2021 GDP growth far above consensus (6.0% vs. 3.9%).

On Sunday, Pfizer CEO Albert Bourla said a COVID-19 vaccine could be distributed in the United States before the end of the year. AstraZeneca resumed its phase three trials over the weekend, having suspended them earlier in the week due to safety concerns. Watch the video below: 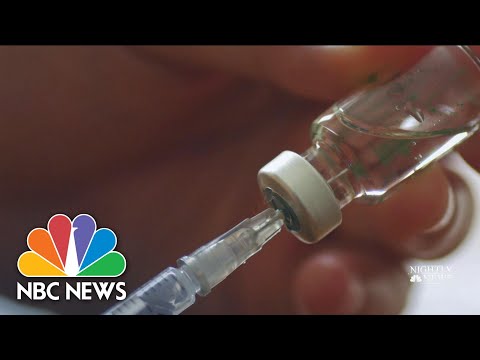 David Kostin sees S&P EPS climbing to $170 next year, thanks to growth in the information technology and healthcare sectors. He noted that while analysts have revised their earnings estimates upward, those revisions have stalled in recent weeks.

He believes those upward earnings revisions will resume–particularly for cyclicals–if a COVID-19 vaccine is announced. This would relieve some pressure on historically high valuations.

Kostin further argued that stock valuations are not as high when you consider them against meager Treasury yields.

Rates are likely to stay low for some time as the Federal Reserve keeps its monetary policy loose, recently giving itself even more leeway with its new strategy of targeting average inflation. Investors recently polled by UBS say loose monetary policy is one of the main drivers of stock prices.

Goldman’s Forecast Is Likely Too Optimistic

The outcome of the U.S. presidential election presents a fairly significant risk to the stock market. A Democrat sweep scenario could lead to potentially substantial policy changes, which aren’t included in Goldman’s estimates.

In the near term, the biggest source of uncertainty is Election Day. A Democratic sweep would likely lead to tax reform, lowering EPS modestly, but also potentially fiscal spending and changes to trade policy that would boost US economic growth and at least partially offset the tax headwind.

Election uncertainty could trigger some short-term volatility in the stock market. Plus, if a vaccine isn’t delivered early next year as expected, growth will be lower and the S&P 500 will likely not rise as much as Goldman predicts.

Tim Hayes, senior strategist at Ned Davis Research, said the S&P 500 could fall another 15-20% in the coming weeks, and although it will recover, it is unlikely to rise much beyond current levels. He said that valuations and sentiment have incorporated a much better economic and earnings outlook than what we are seeing. Still, he expects stocks to pick up after November, once the U.S. election is over.