A panicked February selloff in equities led the stock market to its swiftest 10% decline from a peak in history. By the time stocks began to rally in March, the market correction was catastrophic on a world-historical scale.

Bullish investors who thought the January and February valuations were justified before coronavirus came along were quick to swoop in for “cheap” equities. That led to another milestone in this extremely volatile market: the S&P 500’s biggest one-month rally since 1987.

But some bearish analysts saw a tremendous excess of froth in valuations before coronavirus became a household word. They warned through the rally that the bear market in equities was far from over.

Now more analysts are warning the stock market got ahead of itself in April.

They say share prices don’t reflect earnings, equities have now hit a ceiling, the rally might be a bear trap, and benchmarks are nowhere near a market bottom.

Here are ten clear indicators that the stock market bears are right: 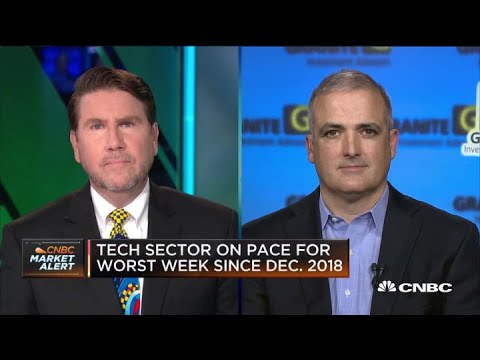 Investing legend Warren Buffett told Fortune in 2001 that the ratio of stock market capitalization to GDP “is probably the best single measure of where valuations stand at any given moment.” He noted the indicator was at a historic high in the Dot Com Bubble:

Nearly two years ago the ratio rose to an unprecedented level. That should have been a very strong warning signal.

Today, the “Buffett Indicator” is at a historical record level, above even its pre-Dot Com crash and pre-2008 financial crisis levels. Stocks have never been more expensive in terms of GDP.

Corporate earnings were already in recession as equities set one record after another in 2019. According to financial intelligence firm FactSet, S&P 500 companies saw year-over-year earnings per share (EPS) declines for four quarters consecutively last year.

That’s two back to back corporate earnings recessions followed up by an earnings crash in the first quarter of 2020. It will no doubt be worse in quarter two. Meanwhile, the S&P 500 is valued at 21.5 times projected earnings, the most since May 2002.

By December, nearly $10 trillion in U.S. corporate debt made up a record percentage of the overall economy. An Organization for Economic Cooperation and Development (OECD) report reckoned global corporate debt at $13.5 trillion.

So companies are now weathering the worst economic crisis in living memory while saddled with record levels of debt. And many are borrowing more to survive. Research firm, Debtwire calls it “a headwind to the recovery.”

The S&P 500 now has an overall price-to-book ratio unseen since America was climbing out of the 2008 financial crisis and Great Recession.

The breakneck pace of the stock market rally appears heedless of dire GDP forecasts. White House economic adviser Kevin Hassett says GDP could crash as much as 30% in the second quarter. Goldman Sachs expects a 34% GDP decline in quarter two, and 6.4% for the entire year. That would be worse than any downturn since the Great Depression. Morgan Stanley says Q2 GDP losses could top 38%.

In just the past six weeks, U.S. unemployment claims skyrocketed to 30 million with coronavirus layoffs on the rise. Months ago, it would have been unthinkable.

The Congressional Budget Office (CBO) estimates the unemployment rate will rise to 14% in quarter two, and 16% in the third quarter. But job losses are likely even worse than the claim numbers show.

The American consumer was holding unprecedented household debt while real personal disposable income plummeted this year. It’s a toxic cocktail for the stock market because record valuations were predicated on consumer strength. With tens of millions out of work and saddled with debt, consumer spending will take time to recover. That will inevitably spill over into lagging corporate earnings and push equities lower.

The coronavirus pandemic was the primary catalyst for this year’s economic devastation and stock market crash. The equities rally has priced in smooth recovery, but that is not certain. In fact, health experts are warning a second outbreak could be even worse.

Rampant layoffs have put the housing market under its worst stress test since 2007. Mortgage payment forbearance has left the mortgage servicers and institutional as well as private housing investors holding toxic assets. This economic shock poses another spillover risk into a financial crisis, just like in 2008.

Wall Street strategist David Rosenberg, among other economists, sees price deflation ahead. Deflation could set off a vicious cycle that drags on the economic recovery. Falling prices will make it more difficult for households and corporations with record debts to service their nominal loan obligations. That’s Fed Chair Jerome Powell’s nightmare scenario.

Disclaimer: The opinions expressed in this article do not necessarily reflect the views of CCN.com. The above should not be considered investment advice from CCN.com. The author holds no investment position in equities, bonds, or real estate.