In a bewildering sign of economic danger ahead, buying U.S. government debt now yields negative rates. The bond yield on one-month and three-month U.S. Treasury bills dropped below zero Wednesday. It’s another ominous first for U.S. financial markets in the wake of coronavirus.

America, the world economic super power ever since World War II, now has negative rates on Treasury bonds like the Eurozone and Japan.

It’s not just the damage caused by coronavirus that led us here. It’s the massive, system-wide risk taking that put America in a weak position to absorb such a crisis.

After the 2008 subprime mortgage crash spilled over into a financial crisis, it caused a global credit crunch. The result was a painful Great Recession. Financial authorities responded with a show of “financial stability” programs to implement a policy of “macro-prudence.”

But the one, true macro-prudential measure that could have saved America much of the economic tribulation ahead would have been gradually tightening the money supply as the economy recovered. Instead Washington continued issuing Treasury bonds to pay for massive budget deficits caused by overspending tax receipts.

Meanwhile, the Federal Reserve continued to expand the money supply, pumping up an “everything bubble” of colossal debt at every level of the economy.

How Can Treasury Bond Yields Be Negative? 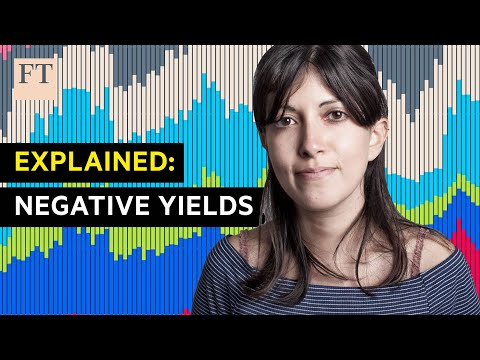 How can a bond have a negative yield?

[Treasury bonds are] obviously the most liquid instrument. We saw a lot of selling pressure a few days ago when everyone was selling everything to get cash. But with all the plans the Fed has introduced, the bill market is much safer.

Treasury bonds sure are liquid. The Federal Reserve has been hoovering them up by the tens of billions a month since last September. After all, the central bank has a limitless supply of cash to buy them with. And it’s gone full “Unlimited QE.”

The Fed Can’t Save You Now

Just like in the old Depression Era Parker Brothers board game, “Monopoly,” the bank never runs out of money. It’s one of the most important rules of the game:

The Bank never goes bankrupt. To continue playing, use slips of paper to keep track of each player’s banking transactions – until the Bank has enough paper money to operate again. The banker may also issue ‘new’ money on slips of ordinary paper.

But even that functionally infinite liquidity isn’t enough to buoy Treasury bond yields in today’s market.

The Federal Reserve will have to help the U.S. Treasury issue a lot more of them to pay for the $2 trillion stimulus package Congress just passed. And investor demand for safe, money-losing, negative yield bonds is insatiable.

Consider what that means for the future of the American economy. Rather than buy equities at a steep discount, they’re piling into Treasury bonds with negative rates. That means they think they’ll get their money back, or even make a profit selling it to the next investor.

That means financial markets just issued a terrifyingly bleak vote of no confidence in the U.S. economy. We’re facing a recession ahead unlike any living American has seen in their life time.