It seems like every week we’re discovering some new problem with YouTube. It’s not hard to understand why. While the platform was built around user-created content, it’s now swamped with corporate interests. Plus, it relies heavily on AI-generated algorithms to manage its content. This combo is the perfect storm.

The latest problem surrounds mass false copyright claims. It turns out that false claiming someone’s video revenue as your own is so easy that companies can seemingly do it en masse. And these companies aren’t just going after subtle, small-time channels. They’ve hit some of YouTube’s biggest creators.

Overnight YouTuber Jesse Cox has tried saving one of his videos. Part 53 in his long-running Witcher 3 let’s play has been claimed not by CD Projekt Red and not by Andrzej Sapkowski. No, instead this claim was seemingly made by a company with a very interesting name – Studio 71.

Not long after this happened, another large creator found themselves with the same problem. Martyn Littlewood, a past member of the Yogscast, also appears to have had one of his videos claimed by Studio 71. In both cases, these claims appear to be fraudulent. In Jesse Cox’s case, the claim was released, probably because Studio 71 knows they don’t have a legal leg to stand on.

And that’s the issue. These rules are so heavily one-sided that unscrupulous companies can abuse the system for profit. The way it currently works is that you can make a claim on any content, even if you don’t own it. Then it’s up to the creator to challenge the claim. If they do, you’re asked to either release it or pursue it further. During that entire process, you get to keep the money the creator should have been making. 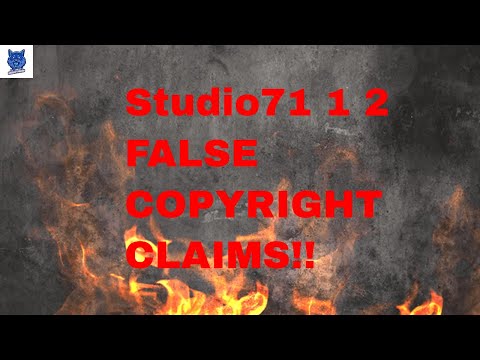 If you google the name Studio 71_1_2, the name they claim under, you’ll find a ton of interesting results. Most of the hits are YouTubers big and small complaining about these false claims. This supposed YouTube network has been mass claiming videos they have no right to, just to make money. 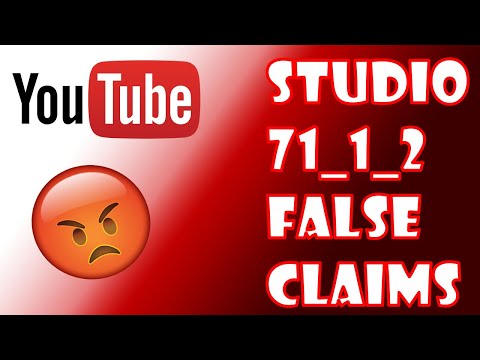 Let’s call this what it is. This is theft. What Studio 71 is doing should be illegal, and honestly, YouTube should be doing more to stop it. While this specific instance has only just happened, this copyright claim trick has been well known for years. Literally a YouTuber made a song about it way back in 2014.

This is a known problem, and it makes YouTube look just as scummy as Studio 71. They haven’t been fixing this problem that affects their creators, and it has been this way for years. The reason? Because favoring companies making claims over creators is exactly what corporate interests want to happen. Seems like YouTube is all too ready to bend over backward for them too.