Dan Snyder has a net worth of $2.6 billion. He bought the Washington Football Team in 1999 for $800 million; the franchise, of which he owns a 65% stake, is now worth $3.4 billion. So, we know Snyder is capable of making excellent decisions. He must have made at least a few to amass such wealth.

It just seems like he can’t make good decisions when it comes to his football team.

From bad free agent acquisitions, hiring the wrong head coaches, and his mishandling of the ‘Redskins’ controversy, the list of bad decisions related to the football team is long. But it looks like the guy who has a thing for acquiring great players once they are over-the-hill (i.e., Deion Sanders, Jeff Georg, Donovan McNabb, Bruce Smith, etc.) is about to make his worst decision yet.

No, going with the name ‘Washington Football Team’ this season is not it.

For years, Snyder swore that there was no way he would ever change the football team’s name. After several police brutality incidents put a spotlight on the need for racial equality and justice, he came under fire again—from sponsors threatening to drop the team. Watch the video: 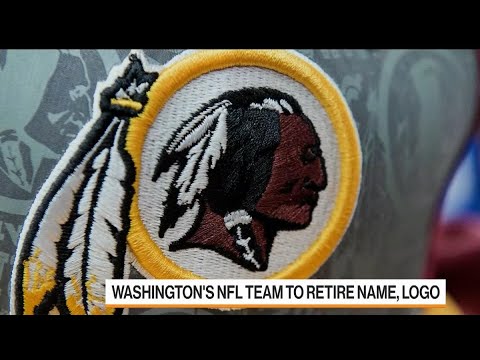 With the bottom line now in danger, Snyder decided it was time for a change. Rather than rush into choosing a new name before the season got underway, he decided to go with the ‘Washington Football Team.’

Terrible, right? But it gets worse—he is thinking about keeping it and said as much in an email to the Wall Street Journal:

If the Washington Football Team name catches on and our fans embrace it, then we would be happy to have it as our permanent name. I think we have developed a very classy retro look and feel.

While it is more like something you would see at the college or high school level, the look is not bad. If Snyder likes the look, then he should go ahead and keep it. Watch the video:

the numbers are being added to new helmets 🔥🔥🔥 pic.twitter.com/feCyO2sBqG

But he can still give the team a name.

As bad as the possibility of sticking with the ‘Washington Football Team’ is, that is not the worst decision Dan Snyder has ever made. Not selling the team and giving the new owner(s) a chance to rename the franchise is.

Snyder needs to face reality— while he is incredibly successful in the business world, he is a total flop in the NFL. The team has been terrible under his leadership. Then there are the recent scandals involving allegations of a toxic work environment and the lewd cheerleader video. His time as an NFL team owner is not just a professional failure—it is borderline criminal.

It is time to sell. Should Snyder wise up and do so, he could tack on another $100 million (at least) to the asking price if the new owners get to rename the team. Some wealthy enough to buy a professional football team will have no problem paying a little more for that right.

So, as much as he may like owning an NFL team, not selling and taking advantage of an opportunity to inflate the price by $100 million (or more) is his worst decision yet.