Kyle Shanahan is leading the 49ers on a possible Super Bowl run, but he doesn't want us to ever forget how much the Redksins suck. | Source: Daniel Shirey / Getty Images / AFP

The road to success in any endeavor is never an easy one. There will always be challenges to overcome and tough decisions to make. But as the old saying goes: That which does not kill us only makes us stronger. For San Francisco 49ers head coach Kyle Shanahan, that meant surviving the Washington Redskins.

He wasn’t there for long (2010-13). But he was there long enough to become jaded about the Redskins organization. It’s only natural, of course. The Redskins fired him and his dad. Who wouldn’t be jaded? 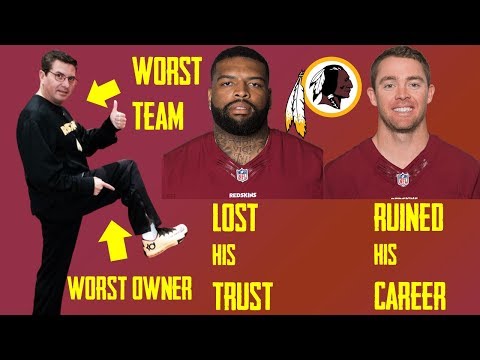 At this point, it is safe to say he has moved on. He is, after all, the head coach of the team to beat in the NFC. But from time to time, he likes to remind us that he loathes the Redskins with every fiber of his being.

Sometimes his disdain for the Redskins is clear and obvious. But others it is a little more subtle. Following Sunday night’s win over the Green Bay Packers, Shanahan had this to say to Peter King of NBC’s Football Morning in America:

Last year, never once throughout the year did you ever feel like the defense was against the offense or vice versa. Never once did I have an owner crushing me with, ‘Hey, we gotta change this guy.’

The comment came while Shanahan was discussing the quality of the organization that the 49ers have.

Maybe it’s nothing; maybe it’s just a comment made in the moment to help illustrate his point about the 49ers (who happen to be having a great season). But it very well could have been directed towards Dan Snyder, the Redskins owner – who is infamous for his meddling and questionable decisions.

Shanahan, while always proper and professional, has been more direct on other occasions. Before the 49ers game against the Redskins earlier this season, he had this to say when asked about his time in Washington: 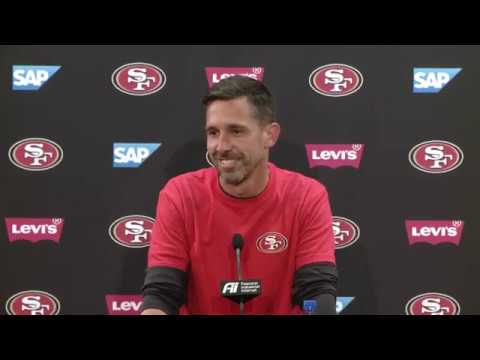 There have been reports that Shanahan was part of the problem in Washington – which could help explain his disdain for the organization.

But he doesn’t really hold a grudge, does he? When asked at the same press conference if facing the Redskins was personal, he said:

It’s not my first time back [in Washington]. I’ve moved on in my life. It’s easy not to make it personal. The guys that it would be personal with don’t play in the game.

It may not be personal, but it sure must have felt good to beat the team that fired him – one of the league’s top coaches today – and his dad – one of the best coaches of all time – in one fell swoop.