Microsoft announced today that over 10 million people from more than eighty countries have jumped into to experience sea-faring piracy multiplayer title Sea of Thieves since the game launched back in March 2018.

The figure means live-service action-adventure is by far the most successful new exclusive Xbox IP this generation.

Developer Rare had this to say on the milestone:

For everyone at Rare, the Sea of Thieves community represents the very best of what gaming can be. It’s home to players from more than eighty different countries, bringing together gamers on Xbox Game Pass, Xbox One and Windows 10 PC and creating countless stories and moments that people can treasure. Seeing these stories shared through social media or other community spaces is something that inspires the team every day. To every person who’s played Sea of Thieves, thank you.

Fleshing Out Sea of Thieves

Rare deserves all the credit for bringing Sea of Thieves back from the brink of shaky launch. At release, players complained of a lack of content and performance gripes pushing the community to castigate Rare and Microsoft for charging the full AAA $60 price tag.

Critics and players still praised the game for its strong foundations, stellar sailing mechanics, and art style. There was potential, just not enough to keep players interested. And, players there were a whole lot of them thanks to Sea of Thieves acting as the first title to release day one on the Xbox Game Pass and a free trial to coax them over. 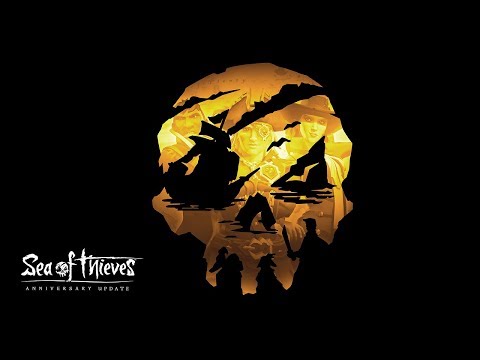 Since then, Rare has fleshed out the game through a continuous stream of free content updates and expansions. Sea of Thieves has transformed into a game with lots to do, and the latest numbers suggest players agree.

Microsoft Can Get It Right

While Sony boasts an enviable catalog of successful exclusive IPs for this generation – Bloodborne, Horizon Zero Dawn, to name a couple – Sea of Thieves is a reminder that Xbox can get it right.

With lessons learned, the next-generation consoles will be a hotly contested battlefield.