While the Xbox Series X and PS5 duke it out in a next-gen show match defined by different hardware specs and marketing strategies from their respective manufacturers, they have one thing in common.

Early previews suggest both consoles run impressively quietly. Exceptionally so, to the point that those lucky enough to land hands-on sessions recount struggling to hear the consoles’ respective cooling systems.

In the Xbox Series X’s case, this reportedly comes at a cost: the console gives off vast amounts of heat. Some heat isn’t surprising given the high-spec hardware bundled into such a tight space. Yet, according to French streaming outfit LeStream, it’s particularly pronounced.

During the most recent edition of the JVCOM Le Journal weekly show hosted in partnership with French gaming outlet JeuxVideo.com, the team discussed this weekend’s PS5 hands-on impressions, noting that reports of how quiet and cool the console is could in Sony’s favor based on their own experiences with the Xbox Series X.

“I don’t if we are allowed to say, but we have the Series X here, and the Series X is hot – it is hot! It makes no noise, but on the other hand, it gives off a significant amount of heat – it’s intense. You can use the Series X to warm up your room. From a sound point of view, it’s all good, but from the point of view of heat emanating from the console, it’s quite something.”

Le Stream isn’t the first to point out all this. Speaking during a recent episode of The Giant Beatcast, journalist Jeff Bakkalar recounted a similar experience, describing the console as ‘toasty.’

“Here’s what’s crazy, right. This thing was just plugged in in stand-by mode behind me and, guys, the entire thing is a little toasty.”

The podcast points out that the Xbox Series X model is pre-release, and the final retail product may be different. 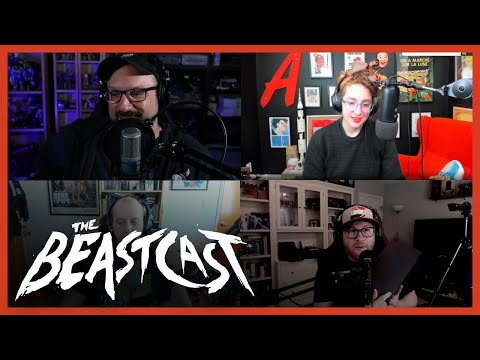 A console running at high temperatures doesn’t warrant too much concern given the technology inside. Anyone with a Mac or high-spec gaming rig can attest to machines pushing out considerable heat but falling well within acceptable operating limits.

However, it does raise questions about the longevity of the Series X, notably after natural wear and tear. Specifically thermal paste degradation after a few years of use and the accumulation of dust that can hamper the cooling system’s efficacy.

On the other hand, the story behind the PS5’s cooling system couldn’t be more different. This weekend’s hands-on impressions reveal that even after extended play sessions the console didn’t feel hot to the touch while the cooling fans were virtually silent.

Outlet Dengeki described it as follows:

“While playing Astro’s Playroom and Godfall, I didn’t notice the sound of the fan. When I was about to finish playing, I quickly confirmed, ‘is this a fan?’ Finally, when I touched the main unit, it didn’t feel hot.”

As above, these are likely pre-retail units, so the final product may differ somewhat, but its certainly in stark contrast to what previewers are saying about the Xbox Series X.