According to a new tech analysis of Microsoft’s freshly-unveiled budget Xbox Series S, the console may not be able to run Xbox One Enhanced games through backward compatibility.

This bombshell, which essentially implies that a next-gen console won’t run current-gen and even 360 games as well as the Xbox One X, comes from the knowledgeable folks over at Digital Foundry.

In a new video diving into Microsoft’s Series S, Digital Foundry’s John Linneman posits that the lower system memory count of the Series S compared to the One X will limit its ability to tap into these enhancements on compatible current-gen games, instead, reverting to the basic One S versions. 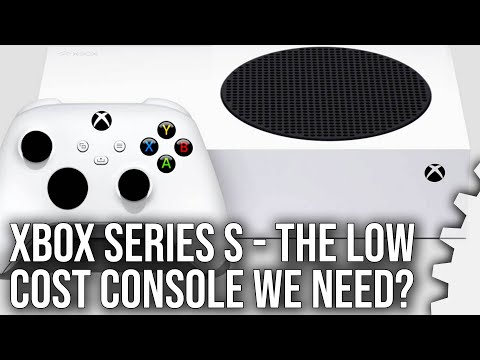 Linneman qualifies this as ‘almost a forgone conclusion,’ noting:

I’m not sure that’s been officially confirmed but basically if you think it through rationally, there’s no other way it can be done. The Xbox One X has 9GB of system memory available to titles. The Series S has 8. I’ve seen some reports that it’s actually 7.5GB. Regardless, with either configuration, it’s still lower than the Xbox One X, so I think it’s almost a forgone conclusion that the backwards compatibility will be drawing upon Xbox One S as opposed to Xbox One X.

While this is puzzling news given the Series S’ status as a next-gen console, it’s no secret Microsoft has cut corners to hit the $299 price tag (notably, the GPU, memory, and SSD capacity), but this one has been kept quiet so far.

It’s not all bad news, though, as Digital Foundry says Xbox One games will run better on Series S than natively on a One S. Linneman points to improved performance and a smoother experience overall, presumably bolstered by the increased loading times afforded by Series S’ NVME SSD.