A new Xbox rumor suggests Microsoft is gearing up for a duo of digital-only events that will be live-streamed in the months ahead.

Before we proceed any further, it’s worth considering that the rumor comes from 4chan, as they often do. Not the most reliable sources by any stretch of the imagination, 4chan isn’t what you’d call credible at the best of times. As such, we recommend scattering a generous dose of salt over the tantalizing “leaks” that follow.

Xbox Secretly Planning Events in May and June?

The new Xbox rumor claims Microsoft plans to host two events – one in May, the other in June. The first will take the shape of a more traditional console reveal according to the leak.

Alongside more details about the Xbox Series X, the digital-only event will also showcase a selection of upcoming games as well as what the source describes as “demos,” which we presume will be gameplay footage captured on the Xbox Series X.

The second June event will act as a direct replacement for Microsoft’s now-canceled E3 showcase. The emphasis will be on games rather than hardware. First-party Xbox titles, presumably from the Xbox Game Studios roster, will take center stage.

The focus will be showcasing tech:

The 4chan source provided a list of likely titles set to star in one or the other of the Xbox events. A reboot of the Fable franchise will be revealed, which the source describes as:

A fantasy monster. I haven’t seen it personally, but I got told it looks beautiful. They try to build the whole fantasy world with hand-crafted photogrammetry, yet the world will throw in a mix of procedural generation for bigger scale. Complete RPG systems in place, focus on great third-person fights and fluid animations. From the sounds of it, I expect the game to hit in 2022.

Halo Infinite will make an appearance too. Xbox allegedly intends to showcase a “huge open-world,” an “ambitious” single-player campaign, and a “bold” multiplayer mode. 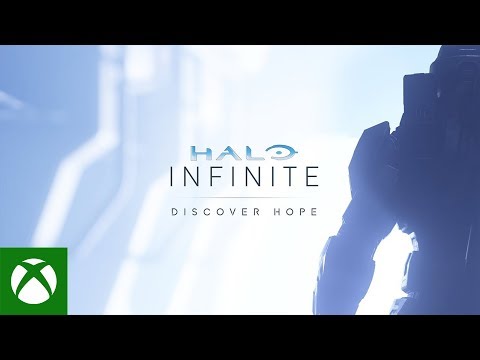 Additionally, Xbox will reveal a new exclusive IP from a Japanese studio. It isn’t unreasonable to assume this relates to Phil Spencer’s very vocal desire to acquire a Japanese developer to bolster Xbox’s studio portfolio.

The Outer Worlds developer, Obsidian Entertainment, will be in attendance as well, presumably to plug survival title Grounded. Xbox will also announce a next-gen reboot of Forza Motorsports. If the rumors are true, that is.