The subscription service could be the system seller the next-gen Xbox desperately needed. | Source: MIcrosoft/Xbox

Although neither Sony and Microsoft has yet to blink first and reveal a price point, the consensus is that the next-consoles won’t come cheap. Estimates suggest $450 to $500, given the complexity and cost of the hardware making up the innards of both PS5 and Xbox Series X.

It’s a bitter financial pill to swallow for would-be early adopters weathering pandemic-induced financial hardship. The platform-holder that succeeds in undercutting the other will naturally have an advantage.

According to Xbox boss Phil Spencer, Microsoft has another string to its bow that could make the difference when gamers eye up which console to buy – Xbox All Access.

First introduced in 2018, Xbox All Access is akin to a subscription service, but for hardware. Players can pick up an Xbox console alongside subscriptions to Xbox Game Pass and Live Gold without having to lay down the full sum. A payment plan ensures the cost is paid back in monthly installments over a period of two-years. 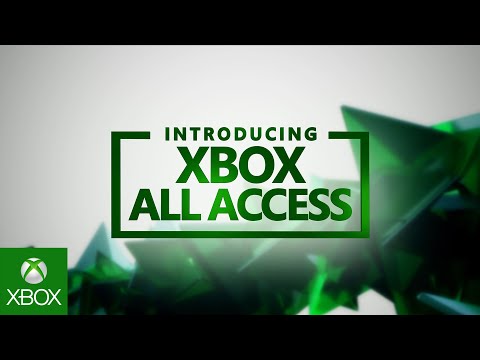 Speaking during a Game Lab Live keynote yesterday, Spencer explained that All Access is ‘critical’ to launch of the Xbox Series X. Although the program is only available in select regions, it’s been a success so far.

The response that we’ve seen where we’ve tested All Access has been great, but it’s been limited in terms of the market. You’re going to see a much broader market and retailer support for All Access. It matches a model customers use for many other devices they buy. And if you have services attached to those devices that people love, it just becomes an easier way to bring a great product to customers.

For Microsoft, All Access stands as the perfect pandemic-era entry point into the next-gen, especially for those unwilling, or unable, to pay full price.

We should also understand the global economic situation we’re going to see this year. We’re seeing it today. And I think having more pricing options for consumers is frankly just a thoughtful thing for us as an industry to think about.

Decisive In Tussle With Sony

In the ongoing tussle with PS5 for next-gen dominance, All Access could be a crucial weapon in Microsoft’s arsenal. Aside from an all-digital disc-less PS5 (which may not equate to that much of a price cut at all), Sony has yet to reveal any plans for a similar subscription model.

Spencer stopped short of sharing the monthly price point for the Xbox Series X version of Xbox All Access. With the console slated for release during the holiday season later this year, it’s safe to presume Microsoft will amp up the marketing push before long to ensure the message gets spread far and wide.