Major stock market indices saw a large spike in aftermarket futures trading with the S&P, Nasdaq, and others indicating a solid opening following a move by U.S. President Donald Trump to delay tariffs.

In a tweet, President Trump stated that a planned increase in tariffs on $250 billion worth of Chinese goods will be postponed until October 15 at the request of Chinese Vice Premier Liu He.

“At the request of the Vice Premier of China, Liu He, and due to the fact that the People’s Republic of China will be celebrating their 70th Anniversary on October 1st, we have agreed, as a gesture of goodwill, to move the increased Tariffs on 250 Billion Dollars worth of goods (25% to 30%), from October 1st to October 15th.”

The move, considered to be a “rare” decision by strategists made by the Trump administration, has led to an improvement in the sentiment around the trade dispute ahead of the next round of trade talks, alleviating significant pressure from the stock market. 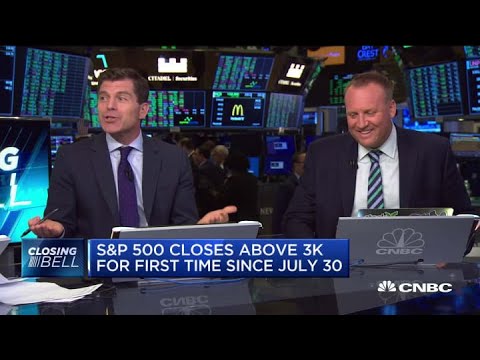 The Nasdaq and S&P indicate an implied opening with a 26-point and 2.5 point gain respectively, reflecting the positive stance of investors in both the U.S. and the global stock market.

Hu Xijin, the editor-in-chief of Chinese and English editions of the Global Times, said that the decision is welcomed and that it is likely to create “good vibes” before trade talks scheduled next month.

“Welcome this decision. It should be seen as a goodwill gesture the US side made for creating good vibes for the trade talks scheduled in early October. Yesterday China announced to remove 16 categories of US products from tariff list. Hope reciprocity of goodwill can continue,” he said.

Earlier this week, Xijin stated that sources in China said that the government is expected to introduce key measures to lessen the negative effect of the trade war on companies from both China and the U.S.

Xijin also suggested that John Bolton, the former national security advisor of the U.S., did not play a positive role in the trade talks, suggesting that it could contribute to growing progress on resolving the dispute that may become another variable in the stock markets’ recovery.

“Bolton has never played a positive role on China issues either, although it won’t be the reason why he was fired. I believe people who hold extreme political stance are paranoid and difficult to get along with. The news of Bolton being fired likely drew applause in the White House.”

Rising geopolitical risks have been acknowledged as the main factor behind the struggle of the global economy and stock market in recent months. If the U.S. and China continue to show signs of willingness to achieve trade deal in the short to medium term, the stock market is likely to maintain its current momentum heading into the year’s end.