When the 2019 Nobel Peace Prize recipient is announced on Friday, the nomination committee might want to consider throwing another name into the hat next year – Ellen DeGeneres.

The world was caught by surprise over the weekend after an image emerged of former President George W. Bush sitting next to popular comedian Ellen DeGeneres at the Cowboys game in Dallas. It turns Ellen was a guest of Charlotte Jones Anderson, the daughter of Cowboys owner Jerry Jones. Bush and DeGeneres couldn’t be on further ends of the political spectrum, yet they both somehow managed to smile and genuinely enjoy each other’s company.

This unexpected friendship caused social media to get its claws out, as the world is not used to seeing a conservative politician and liberal Hollywood celebrity agree on anything, let alone live in the moment and enjoy an NFL game together. Social media users became angry, spewing their venom at the Bush family and attempting to shame the popular comedian for being nice.

Both DeGeneres and Bush were quick to come to one another’s defense after the social media outcry.

Yes, that was me at the Cowboys game with George W. Bush over the weekend. Here’s the whole story. pic.twitter.com/AYiwY5gTIS

“President and Mrs. Bush really enjoyed being with Ellen and Portia (de Rossi) and appreciated Ellen’s comments about respecting one another. They respect her.”

While social media’s first response to the image of Ellen and Bush was one of intolerance, a funny thing happened after the comedian addressed the elephant in the room on her show. All of a sudden, the social media community began showing support for the friendship and cheering her example. One follower using the hashtag “be kind to everyone” tweeted:

“Would that everyone followed that advice, what a great world this would be.”

Indeed, if Ellen is able to negotiate peace between the conservatives and liberals, maybe she would have a shot at brokering talks for peace on Earth or at least in the Middle East. Maybe she could be the messenger for President Trump on Syria, considering both the Republicans and Democrats are up in arms over his decision to leave the war-torn country. Perhaps she could draw up a plan and convince the U.S. and China to reach a trade deal while she’s at it. Her name would be added to an esteemed list that includes the likes of –

Granted, the entire Twitter-sphere was not immediately converted by Ellen’s display of civility, but it’s a start.

Degeneres, whose popular show Ellen has been renewed until 2022, previously told Deadline:

Ellen’s ability to remove social media claws while also transcending politics is a quality that in today’s society is about as rare as the Golden Tabby Tiger. 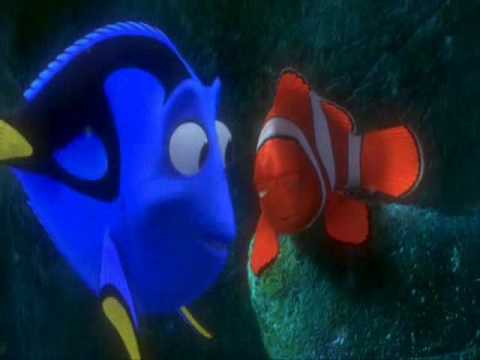 There are 30 Golden Tabby Tigers but only one Ellen DeGeneres – the friendly voice behind “Finding Nemo’s” Dory – and she should be in the Nobel Peace Prize conversation.