Allowing the US government to enter another shutdown could be a major mistake, Moody's warned. | Source: REUTERS/Kevin Lamarque

Moody’s Investors Service warned Tuesday that the U.S. economy could suffer even worse damage from another government shutdown only three weeks after the record-breaking, month-long shutdown that concluded last week.

The partial federal government shutdown that left 800,000 federal workers furloughed (or working without pay on essential government functions) concluded temporarily after President Donald Trump and congressional leaders agreed to fund the government for three weeks while negotiations between the two parties continue over Donald Trump’s request for a $5.7 billion border fence appropriation in the next spending bill.

The partial government shutdown had concentrated effects, with limited ramifications for the broader US economy […] A second shutdown could be more severe.

The economic damage of a pretty full-throated “partial” government shutdown for 35 days was remarkably well contained to the federal employees who had a month’s wages delayed and the contractors who lost a month’s worth of Washington’s business.

Throughout the month of January, equities markets hardly seemed to notice that anything was wrong, posting a month of solid growth, pulling back from December’s historic selloff, and rebounding 12 percent from the S&P 500’s December low.

That’s despite worries that a lengthy government shutdown would dampen an already gloomy market’s spirits and drag equities down.

On average, the Standard & Poor’s 500 stock index, a broad gauge of the U.S. market, has posted an average decline of 0.4 percent during government shutdowns over the past four decades, data from LPL Research show.

The stock market has tended to take government shutdowns in stride over the decades, but a 12 percent rebound is a marked outlier to a mean 0.4 percent decline. 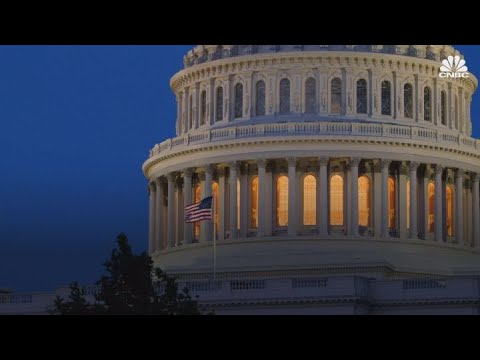 The non-partisan Congressional Budget Office studied the shutdown and reported that $18 billion in federal discretionary spending had been delayed, but determined that $3 billion in economic damages was lost to the world forever:

As a result of reduced economic activity, CBO estimates, real (that is, inflation-adjusted) gross domestic product (GDP) in the fourth quarter of 2018 was reduced by $3 billion (in 2019 dollars) in relation to what it would have been otherwise.

In subsequent quarters, GDP will be temporarily higher than it would have been in the absence of a shutdown. Although most of the real GDP lost during the fourth quarter of 2018 and the first quarter of 2019 will eventually be recovered, CBO estimates that about $3 billion will not be.

But did it really?

It should be noted– especially to an audience of cryptocurrency enthusiasts and investors– that while it’s a very mainstream idea (that decreases in government spending are economic losses to society), it’s not an entirely uncontroversial one. 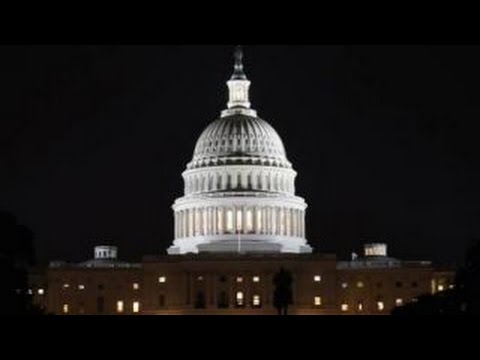 For example, in 2017 the Pentagon spent $28 million to license a jungle camouflage pattern for Afghan National Army uniforms (why didn’t Afghan taxpayers pay for it?), but the problem is Afghanistan is 98 percent desert.

Another example: The government spends $1 million a year to publish paper copies of the Federal Register (“the daily journal of the United States government”) and deliver them every day to each member of Congress to promptly throw in the waste bin, even though the contents are available and searchable for free online.

These are some humorous examples, but there are much bigger federal budgets for far more egregious and unproductive activities. Here’s a Los Angeles Times headline (that will go down in history) for a story dated March 27, 2016: “In Syria, militias armed by the Pentagon fight those armed by the CIA.”

Did These Appropriations Make Us All Richer or Poorer?

Would the money have created greater utility or greater productive power had it stayed in the hands of the taxpayers it was taken from and been spent the way they saw fit?

They would also say that the federal workers who really are producing value for the economy would not be so vulnerable to partisan political dysfunction as they are now if their roles had not been absorbed by the public sector.

This last unprecedented 35-day government shutdown and potentially the next one to come in a couple weeks should underscore the advantages of privatizing many government agencies lest future shutdowns wreak more havoc on our lives.