Who Bets Against Warren Buffett?

Warren Buffett has a $128 billion cash pile. Wall Street can’t figure out why he isn’t spending it.

Really? After everything Buffett has said for decades? The business and investing legend has never been unclear about the reasons why he invests the way he does. He hasn’t changed at all over the decades. There is no secret. There are no gimmicks. His approach to markets has always been grounded in a stubbornly sober outlook and common sense.

In that November article, Insider reported the words of a team of UBS analysts led by Brian Meredith in a note to investors:

We remain surprised that the company has not been more aggressive with share repurchase.

That day Berkshire Hathaway stock (NYSE:BRK.A) was trading for $331,500. Today it can be had for less than $302,000. Analysts warn we haven’t reached the bottom of this free falling stock market correction. Looks like he was right to hold on to his cash. 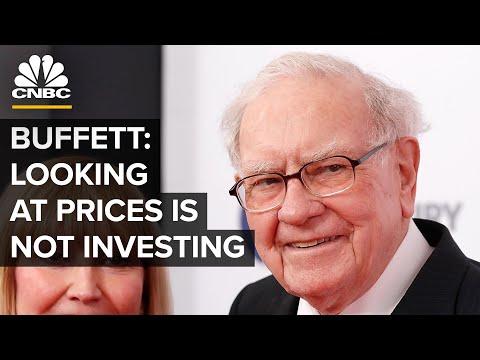 In October a longtime Berkshire Hathaway shareholder dumped his multi-million stake in Warren Buffett’s holding company. David Rolfe at Wedgewood Partners then publicly scorned Buffett and Charlie Munger for not pumping their money into the S&P 500 bubble. He said they were sucking their thumbs while others were riding the bull:

Thumb-sucking has not cut the Heinz mustard during the Great Bull Market. The Great Bull could have been one helluva astounding career denouement for Messrs. Buffett and Munger.

If  Buffett had put his $108 billion in the S&P 500 (leaving $20 billion for a cash emergency fund Buffett says Berkshire will always keep), he would have lost $16 billion since last week. Letting the $108 billion leak a little to (record low) inflation doesn’t look so bad now, does it? Still, that’s not the most important piece for Buffett:

Bear in mind–this is a critical fact often ignored–that investors as a whole cannot get anything out of their businesses except what the businesses earn. Sure, you and I can sell each other stocks at higher and higher prices.

Losing money on the market’s broad downward movements is inevitable for Berkshire as it is for anyone else. But the key to Buffett’s vast fortune is he does’t invest in lines that move up and down on a graph. He invests in businesses. If he can’t get them at a value, he waits until he can. While others were greedy, Buffett hunkered down in fear. Now that others are afraid, Berkshire’s war chest is mighty for the pillaging.