Vagrant Story is a game that doesn’t get enough love these days. It’s one of the most technically impressive PS1 games ever made. Not only that, but it managed to pull off one hell of a story line too.

It has been 20 years since Vagrant Story was released, and not enough people are talking about it. Not only is it a great game, but it is actually better than Final Fantasy VII.

If there’s any justice in the world, then Square Enix will give us a remake.

Vagrant Story Is a Legit Masterpiece

PS1 games have a tendency to not age so well. Thanks to the games being on the early end of 3D graphics, by modern standards most characters look like they’re made out of cardboard.

For example, look at the FFVII character models. They’re not that bad, but the proportions are super weird. Then take a look at the character models for Vagrant Story. They have half the polygon count yet they actually have moving lips and other features.

The entire game is animated and designed like a piece of dark fantasy cinema and it’s fantastic. The most impressive part is that the team behind it had apparently no experience with 3D graphics at all. 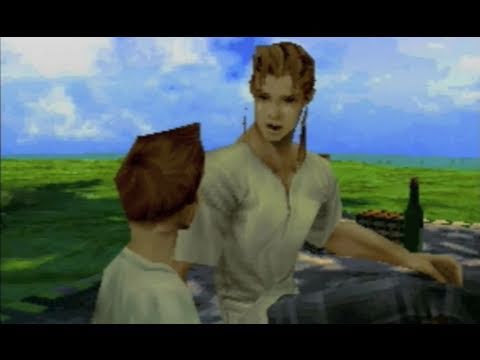 It took 23 years for Square Enix to actually remake Final Fantasy VII, and people are completely insane about that game. With the comparatively small number of Vagrant Story fans out there, the chances are that no one is going to the effort of remaking the game anytime soon.

It’s not even that easy to play the game anymore. While you can technically buy it on the PSN store, it only works on last-gen devices. Hopefully, someone will see sense and make it accessible to the current generation of gamers. Otherwise, they’re going go think the PS1 was all papier-mâché monstrosities.