The U.S. stock market has undergone a V-shape recovery. Now, economic growth and business productivity are speeding up.

The U.S. stock market has undergone a V-shape recovery since March, in spite of the slowing economy. Economic growth and business productivity are speeding up, raising the chances of an extended bull market.

“We do have weekly indicators that are pointing in the direction of a rebound in revenues. We think that the second quarter was the bottom for both revenue and earnings.”

As CCN.com reported, the decline in corporate revenues led to drops in stock buybacks and global dividends.

In Q2, corporate dividends dropped to levels unseen since 2009, as companies rushed for safety amidst the pandemic.

Technically, declining buybacks and dividends should have placed selling pressure on the stock market. The unexpectedly strong performance of Big Tech, especially Apple, has offset downside risks in the equities market.

If the stock market expanded despite the fading economy in the first half of 2020, economic certainty could fuel the momentum of equities.

Strategists find the gold rally is becoming overheated. Would this translate to retail investors flocking to the stock market? Watch the video below. 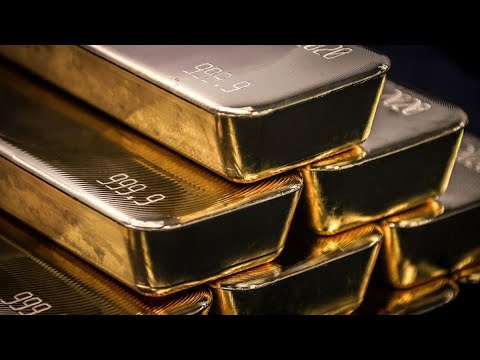 Citi Private Bank noted that the U.S. economy could see signs of struggle until the end of the year. As the inventory clears and the country recovers from the pandemic, the bank said it could drive more industrial activity. The institution wrote:

“At current production rates, retail inventories will continue dropping through the third quarter. We believe this will restrain US GDP through year-end, but it will be a driver of a future recovery in industrial activity and trade.”

A rise in industrial activity and trade, over the medium term, would result in a spike business productivity.

Especially for large corporations that dominate the stock market, recovering business productivity would be a catalyst for growth.

The Equities Market and the Economy Are Not Unrelated

One persistent narrative around the stock market’s uptrend since March has been that equities are not the economy.

Due to the discrepancy in performances between stocks, analysts said the economic growth rate is not a relevant metric to evaluate the stock market’s trend.

In a note, Renaissance Macro Research economist Neil Dutta hinted the market is not completely separate from fundamentals. He explained:

“While literally true, this platitude has long been used to imply the market is divorced from the fundamentals or ignoring the economy altogether. The reality, of course, is more nuanced.”

Several metrics that profoundly affected the U.S. stock market in recent months are a part of the broader frame of economic growth.

For instance, if the unemployment rate continues to slide as a consequence of economic certainty, the stock market could positively react to it approaching the year’s end.