In response to the widely-referenced report, the Treasury Department said that it was not considering de-listing Chinese stocks at this time. This will likely provide more support to U.S. markets when they open on Monday.

In a statement, Monica Crawley, the Treasury spokesperson, said:

The administration is not contemplating blocking Chinese companies from listing shares on U.S. stock exchanges at this time.

The Treasury Department denial should be taken with a grain of salt. The statement itself showed that the plan to de-list Chinese companies and to slow down Chinese investments in the U.S. was not completely ruled out. Also, in the past, the Trump administration has leaked news to gauge how the market will react.

On Monday's Money Talk; The Trump Administration is considering banning US investment in #China and forcing Chinese companies to delist from #US exchanges. The discussions are reportedly in their early stages.
1/9

The impacts of the decision to de-list Chinese companies from U.S. exchanges will reverberate globally. This is simply because many Chinese companies have recently listed on American bourses. Today, the market value of Chinese companies listed in the U.S. is close to a trillion dollars. Alibaba, which became public in 2014, is currently valued at more than $400 billion. Its IPO was the biggest ever, raising more than $22 billion. 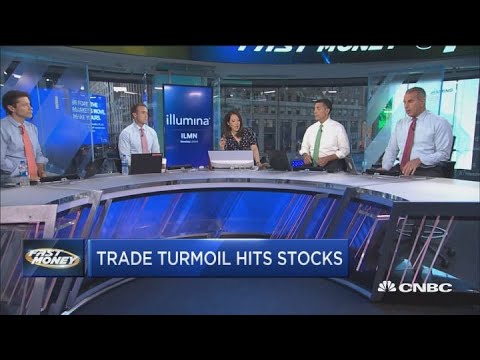 There have been concerns about Chinese companies that have listed on American bourses, chief among them being compliance to proper accounting standards. As with their American counterparts, Chinese companies are required to file their prospectus and disclosures with the SEC. The concern is that the SEC and other U.S. law enforcement agencies do not have any jurisdiction in China. Therefore, they cannot arrest executives of a Chinese company that have violated the law.

Therefore, there is a wide concern that Chinese companies don’t report correct figures. Research by Muddy Waters has shown the fraudulent nature of some Chinese companies like TAL Education and China East Education. The same concerns were revealed in Peter Navarro’s documentary, Death by China.

It appears that Chinese companies are also having cold feet regarding U.S. listings and investments. This year, Alibaba said it will dual-list in Hong Kong while Ant Financial is expected to IPO in Shanghai. Meanwhile, Chinese investments in the U.S. have declined by 90%, falling to $4.5 billion in 2018 from $46.5 billion two years ago.

Point of No Return

As mentioned, blocking Chinese firms from U.S. bourses would be a point of no return in the ongoing trade war. With tariffs being currently off the table, China could use the nuclear option to retaliate against the U.S. With the nuclear option, the country would sell the U.S. debt it owns and halt additional purchases. While the country would be hurt by this, Trump would be a bigger loser as he faces impeachment and the 2020 election.

This is considered extreme by any measures, but the trade war is already taking both countries to uncharted territory.