And since he said he’s sorry, none of his comedy specials have been removed from streaming platforms, and his career is safe.

Meanwhile, the young women who accused him of sexual misconduct are getting online threats and abuse.

So I don’t ever want to hear that #MeToo “ruins men’s lives.” 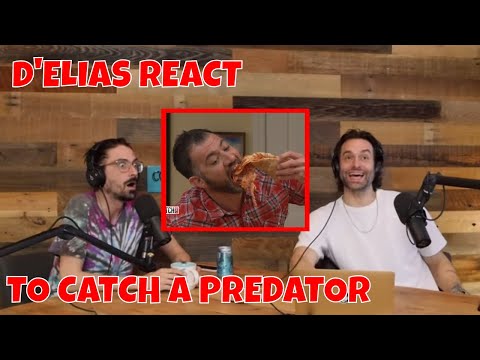 When confronted about his behavior by TMZ, Chris D’Elia said he “never knowingly pursued any underage women.” As for the allegations of his predatory behavior, he brushed it off as a function of his fame.

I really am truly sorry. I was a dumb guy who ABSOLUTELY let myself get caught up in my lifestyle. That’s MY fault. I own it. I’ve been reflecting on this for some time now and I promise I will continue to do better.

Just so we understand one another, D’Elia claims he was sexually deviant … because he thought he was famous. Yet, he denies “pursuing underage women.”

Nevermind that Simone Rossi — the woman whose tweets kicked off D’Elia’s reckoning — was one of at least 20 women who told the same story. According to him, they’re all lying, and he’s telling the truth.

That’s it. That’s the summary.

He’s not sorry about preying on these now-adult women when they were allegedly teenagers. He’s not sorry for making inappropriate jokes about being sexually involved with teenagers.

No, folks, Chris D’Elia is only sorry he couldn’t get his director daddy to bail him out of this mess like a typical Hollywood “bad boy” would do.

When #MuteRKelly came about, the R&B singer was almost immediately de-platformed, as well he should have been. Yet, when Chris D’Elia was exposed for being — at the very least — a hebephile, nothing happened.

His comedy specials are still on Netflix. His page is still on Comedy Central. And there are plenty of people on social media who defend him vociferously while attacking his victims.

It doesn’t sound like he’s exactly “suffering.” But then again, that’s what happens to most who are #MeToo-ed, isn’t it? Harvey Weinstein is an outlier, not the norm. If one man calls a woman a “hoe,” he’s believed — but if 100 women call a man a predator, they’re not.

I don’t ever want to hear that “#MeToo ruins men’s lives” when Chris D’Elia can systematically abuse women and still have a career.