By CCN.com: This morning, President Trump drew fire when he shared a quote likening him to the second coming of Jesus Christ. This afternoon, he accidentally compared himself to someone far less heroic: Darth Vader – and not even the James Earl Jones version.

Trump: I am the ‘Chosen One’

'I am the Chosen One,' Trump proclaims as he defends trade war with Chinahttps://t.co/flG0KlTjvL pic.twitter.com/QSo32PUGiF

Speaking to reporters on the White House lawn, Trump defended his controversial trade policies, alleging that he didn’t start the trade war with China – he’s just the “Chosen One” who must deal with it.

“This isn’t my trade war, this is a trade war that should have taken place a long time ago,” Trump said, as he glanced toward the sky. “I am the Chosen One.”

Accidental or not, it’s impossible to miss the clear allusion to that infamous scene from Star Wars: Episode III – Revenge of the Sith where Obi-Wan Kenobi defeats Anakin Skywalker, only to see him transform into Darth Vader. 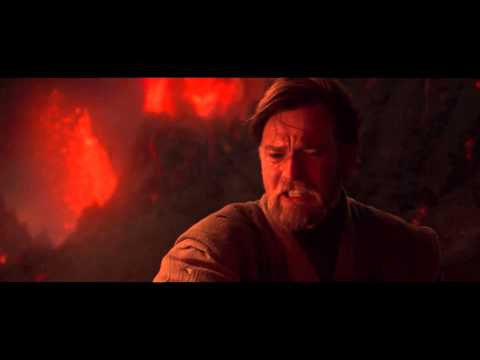 Trump’s not the first one to make the Darth Vader comparison. Liberal Twitter has been doing it for years.

on a side note donald trump is def darth vader think about it . evil. threatens to blow up the whole planet every time he gets mad . horribly disfigured

The GOP takeover of the federal courts coupled with radical originalist legal theory is a national problem Democrats need to take seriously.#AMJoy #SaturdayMorning

However, Mark Hamill, who played Luke Skywalker in the original Star Wars trilogy, quipped last year that the Darth Vader comparison is unfair.

“Listen, I really get upset then when people compare [Trump] or even Dick Cheney to Darth Vader, because Darth Vader repented,” Hamill said. “He saw the error of his ways. I don’t see either one of them doing that.”

We’re in Trouble if Xi Jinping Gets the High Ground

Either way, it’s hard to see Trump’s “Chosen One” remark as anything other than an own goal.

At the very least, he could have compared himself to the James Earl Jones Vader from the original Star Wars, rather than the whiny Hayden Christensen version.

The one that killed the younglings.

We're reaching the point in Episode III where Trump starts killing all the younglings.