Whatever side of the fence you fall on when assessing The Last of Us Part II, there’s no arguing that the game masterfully triggers an emotional response from the player.

Ellie and Abby’s body count ticks up in a three-day procession of violence across a dilapidated Seattle. The cruel bloodshed takes its toll on the characters as much the player. The Last of Us Part II exempts no being – infected, animal, or human – from the possibility of a gruesome end. 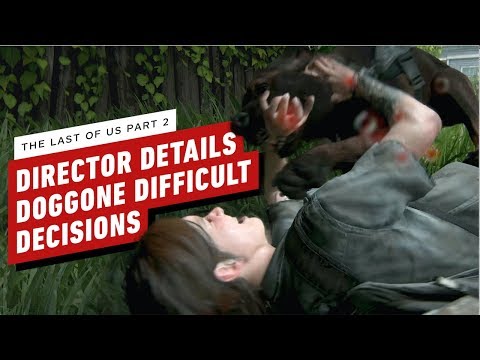 This is no better exemplified by the guilt elicited when bludgeoning or shooting to death one of the game’s many dogs. The heart-wrenching yelps of pain, the vengeful tone of owners screaming the name of their downed companions – it’s hard not to feel terrible despite the manufactured guilt of a careful arrangement of pixels.

That sense of remorse is a testament to Naughty Dog’s craft, and it’s now emerged that the developer drafted in the help of some real-world pooches to bring their in-game counterparts to life.

In recent days, lead animator on The Last of Us Part II, Jeremy Yates, has regaled fans by publishing behind the scene shots from various motion capture sessions on Twitter. Yates has shared combat sequences, galloping horses (Sucker Punch Productions used the same session to capture mo-cap for the horses in the upcoming Ghost of Tsushima), and now a slow-mo leaping border collie.

If we didn’t already feel bad enough about murdering Bear and Alice, this handsome little collie decked out in a full mo-cap suit only makes matters worse. At some point, we brutally sapped the life out of their pixelated likeness while playing The Last of Us Part II.