The stock market is a great way to get rich very, very slowly.

Not bad, but it’s not going to make you a millionaire any time soon. (Plus, you have to live through huge drawdowns like the 2020 crash).

So how do investors make big money? How do they turn that $25,000 into $2.5 million? That’s the preserve of angel investors and early-stage venture capitalists.

In a recent podcast, investor David Cowan explains how he made 100x from a very early bet. 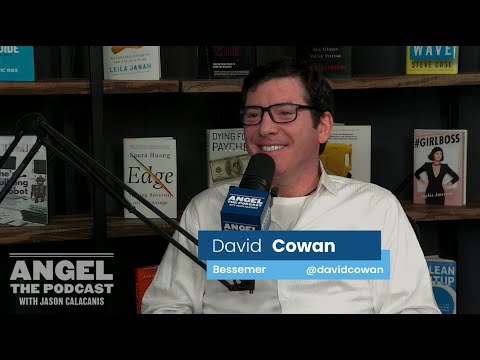 Cowan made a seed-stage investment in DropCam, a wireless security video camera company out of San Francisco. When host and angel investor Jason Calacanis asks when Cowan got in, his reaction tells you everything:

Dropcam raised a seed round in 2009 with only six investors. David Cowan was one of them.

Seven years later, the company was acquired by Google-owned Nest for $555 million.

No good at the stock market

Cowan might be one of the world’s best at spotting early-stage companies. But he says the same logic doesn’t work once they’re listed on the stock market.

He was an early investor in Shopify (NYSE: SHOP), for example. But he sold his stock when the company IPO’d. Cowan missed a 2,846% gain since Shopify debuted on the stock market in 2015. The company was briefly the largest in Canada after a 2020 rally.

That one’s kind of recent, so the wound is still fresh.

Calacanis returned to the 100x theme on his latest podcast with Elizabeth Yin at Hustle Fund VC. He asked if there were any companies in her portfolio with the potential to 100x.

Although she didn’t say how she identifies them, she pointed to some early angel investments that she and her business partner have rolled into a venture capital fund that might deliver big.

My business partner Eric Bahn wrote one of the first angel checks into WebFlow… We also have NerdWallet in there, and there’s a company called the Pill Club and Boom Supersonic.

Not the same as the stock market

VCs make hundreds of bets to hit just one or two big outliers. As Calacanis puts it, when investors put money into a venture capital fund:

The bet you’re making is can this person and can this team hit one outlier?

Yin clarifies that she needs more than one to keep the fund going.

That’s absolutely the math [but] it doesn’t account for dilution. So if you assume you’re going to get diluted down 50% because the company goes on to raise three more rounds of funding after you, then you basically break even on the fund.

It’s a numbers game. Yin’s fund has invested in 101 companies. She’s betting that a small handful of those startups provide 100-200x returns.

I do need more than one to work out at that level… Of the 101 initial companies that we invest in, the question is, do we have one in there to break even? … And then do we have any additional ones to bring additional multiples that we can identify?