Nintendo didn’t just uncover the source of last year’s massive Pokemon Sword and Shield leaks. They named and shamed the leaker, and then blacklisted the website to boot.

According to Nintendo, a reviewer for Portuguese gaming outlet FNintendo had leaked images from an advance review copy of the newest Pokemon titles.

FNintendo severed ties with the leaker, but that wasn’t enough to placate Nintendo’s wrath. The gaming giant swore it would never work with the media company again.

But Nintendo’s complaints ring false – and more than a bit disingenuous. Leaks are a vital part of the gaming industry, at least on the consumer end.

In their statement, Nintendo claimed:

Leaks hurt not just Nintendo, but the thousands of employees who work hard to bring games to market, and the millions of fans around the world who look forward to news and surprises.

There’s no conclusive evidence that leaks actually do a game any harm. Anecdotally, leaks produce free press coverage that gets people talking about games.

So what’s the issue?

This Is All About Controlling the Narrative

The issue is that Nintendo desires to control the narrative surrounding its games with an iron fist.

That’s understandable. And if an outlet is flagrantly disobeying a non-disclosure agreement, then a blacklist is probably in order. But FNintendo has completely cut ties with the person responsible for the leaks. They’re clearly sorry about it.

It’s not even like they’re a serial leaker. They’re just a small-time outfit whose rogue employee leaked some images. Now they’re never going to get another review copy from Nintendo. All because of one poor decision from a single contributor.

Not to mention the backlash they’ll suffer after enduring a public dressing down by Nintendo – a $44 billion company. 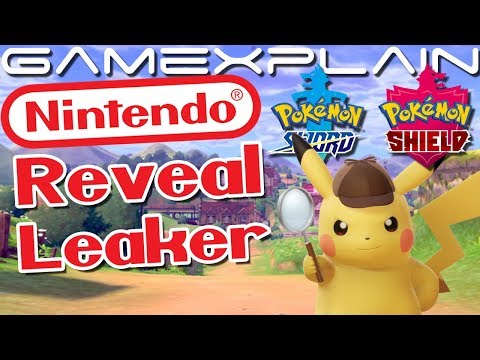 Everyone Loses – Except Nintendo

As far as I can see, this leaker didn’t hurt anyone. All he did was get excited by the Pokemon games, and share what he saw.

Was sharing it wrong?

Legally? Sure. But morally? If no one actually got hurt, then where’s the harm?

If anything, the leaks helped Switch owners make an informed decision about whether Sword and Shield justified the $119.99 purchase price.

He’ll likely struggle to find another writing gig, though that was a risk he knew he was taking. But FNintendo? It’s permanently lost media contact with the one company they cover.

Who wins in this situation? Nintendo. Because leaks or not, they’re still going to rake in billions of dollars in profit each year.