The Brooklyn, New York-based news and documentary media giant, Vice Media LLC, is cutting 250 employees out of the company and closing down its flagship weekly HBO program, sources tell the Wall Street Journal.

Vice is the latest major news media outlet in recent weeks to lay off hundreds of workers as part of massive downsizing to keep the companies afloat. A leaner organization is part of the company’s realignment of its entire global strategy.

The 250 Vice employees comprise about 10% of the company’s workforce.

“Difficult Changes” was the subject line of the email sent out on January 23, by the CEO of BuzzFeed, in which the company chief Jonah Peretti announced layoffs that would affect about 200 employees or 15 percent of the company’s workforce:

Yep, it's true. The entire national security desk at BuzzFeed News has been disbanded.

It wasn't around for long, but for a year and a half we punched way, way above our weight and I'm fiercely proud of the work we did here under @markseibel.

Apparently, BuzzFeed has fallen on hard times, as the company said it would not be paying out employees’ already-earned PTO (paid time off) except for in California– a decision the company reverse quickly in the face of a vociferous backlash.

Layoffs at the innovative and award-winning NYC-based digital media giant were planned in a bid to make BuzzFeed profitable. The very next day (Jan 24) the Huffington Post Opinion Editor Bryan Maygers announced on Twitter that “HuffPost’s opinion section is no more. I and the rest of the team have been let go.”

Hi all. So some sad news. As of this morning, HuffPost’s opinion section is no more. I and the rest of the team have been let go.

And just like that the entire opinion vertical of the most successful news website in the history of the Internet (co-founded by liberal Arianna Huffington with conservative Drudge Report Asst. Ed. Andrew Breitbart, and sold to AOL for $315 million in 2011)…

Then on January 25th the Huffington Post announced even more sweeping layoffs of a whopping 800 employees at HuffPo, as well as Yahoo! and AOL News. 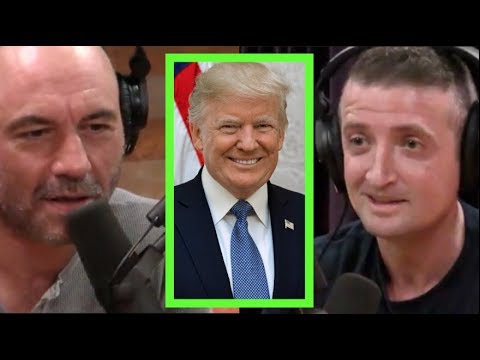 It has the feeling of a journalistic apocalypse, and the big media companies letting so many workers go say that it’s because Google and Facebook are eating their lunch with a near-monopolistic command of online advertising dollars.

But many other media companies (like Slate, the Los Angeles Times, News Corporation, Fortune Media group, and on and on…) are hiring more employees today, not firing them.

Could it be that the most vocal critics of Donald Trump in the online news industry have fallen victim to the “Trump Curse” that has felled any who dare oppose the Donald, leaving a trail of stunning humiliations in his wake of figures as notorious as Jeb Bush, Hillary Clinton, Stormy Daniels, and many others?

It’s not merely that HuffPo, BuzzFeed, Vice, and Mic (which laid off almost its entire 100 person workforce in November) are left-leaning publications that prompt this question, but specifically their vocal anti-Trump activism and editorializing.

Conservatives outlets that have remained never Trump since 2016 have also had to shutter their doors in recent weeks, including the anti-Trump Weekly Standard, which closed last month.

And conservative blogs that have refused to jump on the Trump train have seen traffic and revenues decline, while pro-Trump sites like Breitbart and The Gateway Pundit have profited from the MAGA movement.

The absolute best take on this development I’ve seen so far comes from the mind of conservative YouTube podcaster, Dave Rubin, who said:

These media companies grew too fast and didn’t keep their payrolls lean and full of only the most solid journalistic talent that could justify its paychecks with profits for these companies.

The layoffs are clear evidence of a hiring bubble in news journalism, and many readers would likely agree that much of what passes for journalism these days is hot air.