Nothing quite piques the interest of gaming historians than the uncovering of a game lost to the sands of time.

An unreleased title shrouded in mystery from the days of cathode-ray tube TVs and blocky, off white plastic consoles, stumbled upon by sheer accident.

It’s tantalizing stuff and precisely what Soviet Jump Game appears to be. Or so it seems.

Touted as the first-ever Battle Royale, Soviet Jump Game is a never-released title for the Dendy console from the early 1990s. By way of a rather serendipitous string of discoveries, it was recently uncovered by YouTube channel Game Grumps and remastered for modern systems.

In the heyday of the cartridge-based home console in the late 80s and early 90s, an unlicensed hardware clone of Nintendo’s NES named the Dendy regaled hundreds of thousands of gamers in the former Soviet Union. Cheap and cheerful, it spawned countless knock-off titles and a level of intrigue that persists to this day among retro-enthusiast circles.

In a three-video series, Arin from Game Grumps walks us through how initial interest in the storied Dendy led to stumbling upon the game. 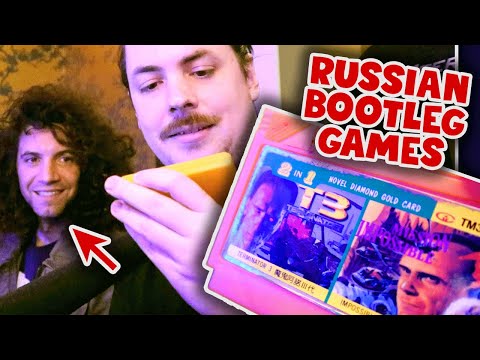 While testing out a handful of Russian bootleg titles, a mysterious Dendy Junior cartridge sporting a handwritten label in Russian fails to load. An error screen blocks access to the game.

One thing leads to another, and it turns out the label reads ‘Spot On Jumping Friends’. The error message explains the game requires an internet adapter to function. An oddity for a time when online gaming wasn’t yet widespread and even more surprising from a bootleg Soviet game. Prying the Dendy apart reveals a concealed serial port. The mystery heightens. 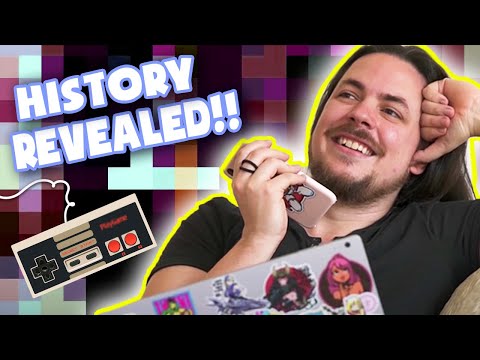 An unearthed grainy TV ad and a few Amazon deliveries later, Arin succeeds in booting up the game using a powered Ethernet adapter. A glitchy mess of errant pixels, it seems to represent a rudimentary multiplayer lobby.

Some expert help and a ROM image dump reveal an unfinished multiplayer title that appears to be no less than a Battle Royale. Presumably the first, nearly three decades ahead of the popular modern genre it is today.

Now, with some modern coding wizardry and a re-titling to Soviet Jump Game, the game is on the cusp of being ready for the masses to play. There’s a Steam page, an official trailer, and a charmingly retro website to go along with Soviet Jump Game. 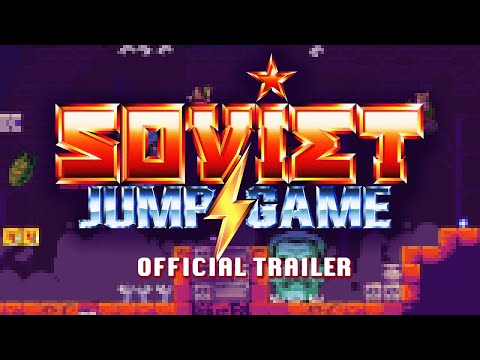 It all feels real, a piece of history restored. Sadly, the whole weaving narrative is nothing more than an elaborate ploy to promote a game inspired by the former Soviet Union Dendy era.

Founder of the Video Game History Foundation, Frank Cifaldi, arguably among the best-versed game historians around, confirmed the game was fake.

Re-watching the video series with this in mind, it becomes clear this is indeed the case. The flow of discoveries, the hidden serial port that lay dormant for 30 years, and effortless compatibility with modern hardware; it’s all a little too good to be true.

Whether the cynical gaming of nostalgia predicated on the promise of an unreleased gaming gem or an ingenious feat of marketing, we’ll let you decide.

Regardless, it’s a fascinating story, and we can’t wait to sample Soviet Jump Game.