Boeing stock dragged the Dow Jones into the red today, but Apple helped launch the Nasdaq to a new all-time high above 10,000.

It could have been a rough day for the Dow Jones, but a substantial rally in Apple kept the stock market bellwether from a suffering significant loss – and helped launch the Nasdaq to a new all-time high.

While the Nasdaq surged to record levels and flirted with the 10,000 mark, the Dow and S&P 500 spent the day just trying to keep the losses as small as possible.

Here’s how they were faring less than an hour before the closing bell:

On a light day for economic data, JOLTS job openings came in slightly off forecasts, but still painted a dim picture of the outlook for employment in the United States.

While everyone frets about economic fundamentals in an increasingly frothy looking stock market, there could be a structural cause of the dramatic moves in equity prices.

Taking a look at Dow Jones’ larger cousin, the S&P 500, Sebastian Galy of Nordea Asset Management said that there could still be substantial gains ahead for stocks.

Galy said in a statement shared with CCN.com that a lack of supply could squeeze markets higher this year:

This portfolio effect means that the supply of stocks becomes ever more inelastic going forward, which means that more mature growth stocks can become even more expensive. This portfolio effect is one key reason why we expect the S&P 500 to overshoot 5 to 15% not justified by expectations but by current and especially future scarcity.

One of the primary reasons there is a shortage of shares is the loose Federal Reserve policy that has made cash such an unattractive asset.

The FOMC meets tomorrow, and investors have been left on tenterhooks regarding whether or not Powell will actively push back on the possibility of negative rates by floating a rate hike sometime in the next 24 months. 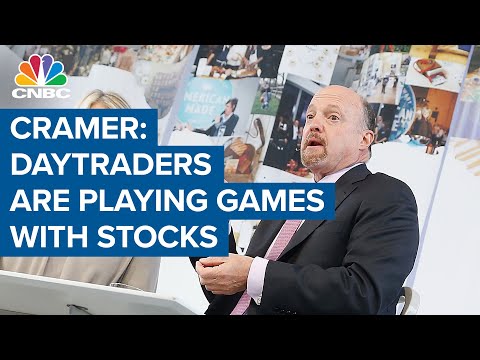 Surely even the Fed must be concerned about a speculative bubble when a company like Chesapeake Energy can rally 180% the day before reports emerge that it’s likely filing for Chapter 11 bankruptcy.

A rocky day for the Dow 30 was salvaged by an impressive bounce in Apple. AAPL shares soared 3% to hit a new record high after the company announced plans to start manufacturing its own chips for its computers.

Curiously, even though this could be a major blow to Intel, INTC stock was only down 0.75%.

Apple’s rally wasn’t enough to lift the Dow into the green, but it did help the tech-heavy Nasdaq touch 10,000 for the first time to set a new all-time high of its own.

One of the most damaging blows to BA bulls was a headline that the aerospace giant’s mighty order book continues to be upside down, as cancellations outstrip new orders.

This is not good news, particularly for a company that was weakened by the 737 MAX disaster even before the pandemic lockdown began.

September 27, 2020 2 Comments
← PreviousNo, Warren Buffett Isn’t Too Old – He’s Just Prudent
Next →Don’t Be Taken for a Ride: Nikola Corp (NKLA) Is Not the Next Tesla