The Dow Is Suddenly on Autopilot, and Boeing Stock Is in the Cockpit

Wednesday brought a third straight day of gains for the Dow Jones Industrial Average, which rose around 500 points to post its best June session yet.

Chinese economic data is showing strong signs of a rebound, and this has bulls hoping for a similar story in the United States after ADP’s blockbuster employment report.

All three major U.S. stock market indices rallied on Wednesday, but the Dow was far and away the top performer:

There is a strange dynamic playing out on Wall Street, as terrible economic data is actually helping to fortify the stock market rally. Ugly though they may be, these statistics are still coming in better than anticipated.

Consider ADP’s non-farm payrolls report. Economists expected a truly horrific reading of 9 million job losses in May, but the official data showed fewer than 2.8 million workers had dropped off payrolls. 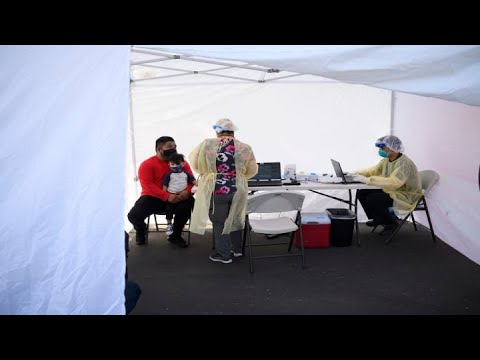 A slew of PMI readings in the United States and Europe came in above forecasts, and there are burgeoning signs of a V-shaped recovery in home and auto sales too.

Both these sectors are important pillars of the labor market, so a rebound in manufacturing and construction is an undeniably good sign.

And it’s not the only one.

The world’s second-largest economy, China, continues to stoke risk appetite with strong economic data that Wall Street bulls hope is a precursor of things to come in the U.S.

Most recently, Caixin Services PMI came in far above estimates, bolstering confidence that consumers are more resilient than economists believed.

Joshua Mahony, senior market analyst at IG, believes that Chinese data is a significant tailwind for equities, though he does caution against getting too excited about the strong readings.

He said in a statement shared with CCN.com:

Overnight data from China has helped bolster confidence of an economic rebound in the region, after the Privately compiled Caixin services PMI reading jumped into strong expansion. China provides a leading gauge of where the likes of Europe and the US could be if a similar path is taken.

However, traders should be cautious given that this rise back into expansion does simply highlight month-on-month improvements rather than making any relative comparison to pre-crisis levels.

Dow Stocks: Boeing Soars – and the Rest of the Index Follows

An astonishing 12% surge in Boeing stock helped to power the Dow 30 higher as investors took risk-on trades in the aviation industry.

With lockdowns winding down, demand for air travel has increased, perhaps more quickly than some investors expected. This boosts the outlook for Boeing – the company that manufactures most of the industry’s planes.

Soaring Treasury yields are typically a positive catalyst for major financial institutions, so it was no surprise to see Goldman Sachs (+3%) and JPMorgan Chase (+5.5%) rally strongly today.

On the other end of the ledger, tech giant Apple managed just a 0.5% gain. Pandemic play Walmart fell 0.35% as investors shunned defensive investments.

September 22, 2020 1 Comment
← PreviousMillennials Are About to Find Out They Made a Horrible Bet on Airline Stocks
Next →Ex-Central Banker Urges Millennials to Play the Stock Market Right