Mike Bloomberg must be desperate to look cool.

His campaign is paying 500 “digital deputies” over a million dollars to post memes about him. They’re also required to text all their friends about Bloomberg once a week.

One of the accounts Bloomberg has contracted, GrapeJuiceBoys, posted a satirical meme of Mike asking them to make him look cool. I hope he gets his money back.

Paying people to make you look cool is inherently not cool.

How fundamentally uncool to the very core does someone have to be to try this? Mike Bloomberg is like that rich jerk in Titanic who Kate dumps for Leo.

Bloomberg’s social media campaign is like the Wizard of Oz saying, “Pay no attention to that man behind the curtain!” But when the curtain rolled back to reveal Mike on the debate stage in Las Vegas, many Democrats were thoroughly disillusioned.

It was Mike Bloomberg’s “Instagram vs. Reality” moment, and it wasn’t pretty.

Mike Bloomberg Gets Stopped and Frisked on Live Television 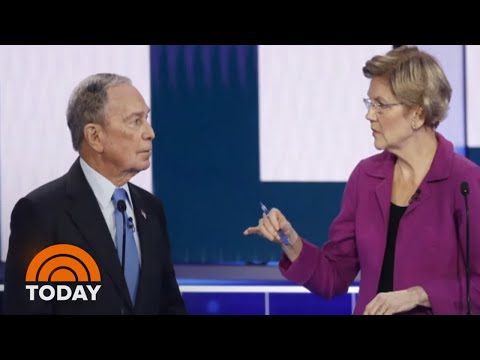 The former NYC mayor brought the NYPD’s controversial “stop and frisk” operations to the streets of New York. But he did so bad at the Nevada debate that analysts are saying Warren and Sanders “thoroughly stopped and frisked” him in Las Vegas.

If we think of the debate as an audition to debate Donald Trump later this year, Democrats should cast Warren. It could be enough for Warren to stage a comeback after her disappointing results in Iowa and New Hampshire.

I’d like to talk about who we’re running against: a billionaire who calls women ‘fat broads’ and ‘horse-faced lesbians,’ And no, I’m not talking about Donald Trump. I’m talking about Mayor Bloomberg.

She hammered the point home:

Democrats are not going to win if we have a nominee who has a history of hiding his tax returns, of harassing women. And of supporting racist policies like redlining and stop and frisk.

Don’t think that Elizabeth Warren would do as well against Donald Trump just because she made easy work of Michael Bloomberg. While she was the strongest candidate on the debate stage last night, Donald Trump is in a different league.

Remember The Winner Faces Trump Next

All that money, and Michael Bloomberg couldn’t pay a debate coach to watch this tape over and over again to figure out a way for Bloomberg to prevail over the inevitable questions without looking like he was just directly copying Trump: 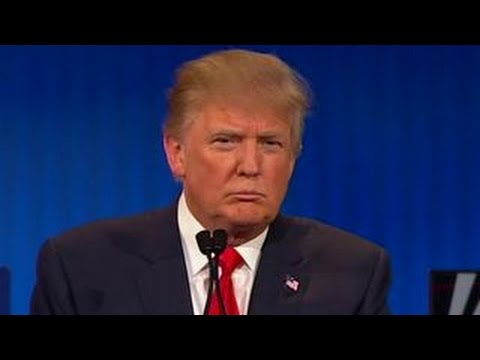 When Megyn Kelly hit Trump with the same “War on Women” line of attack Bloomberg faced in Las Vegas, he didn’t wilt. He didn’t helplessly try to minimize it the way Bloomberg responded to Elizabeth Warren’s questions about the NDAs.

Trump didn’t take it seriously at all.

He diffused it with a joke at Rosie O’Donnell’s expense, which Republicans in the audience loved. Kelly visibly had to stifle awe and laughter as the debate audience roared and whistled their approval. Then he decried political correctness gone too far.

This is what Elizabeth Warren, Pete Buttigieg, or most likely Bernie Sanders is up against. Accept now he’s even more formidable, a sitting president with the full authority of the United States executive vested in him.

Donald Trump didn’t pay people to meme him to the White House. He shatters the distinction between social media and reality. When Trump started running for president in 2015, he was already a living meme.