There’s no such thing as bad publicity. It appears that Tesla (NASDAQ:TSLA) CEO Elon Musk knows this all too well.

On Nov. 21, the business magnate unveiled Tesla’s first electric pickup called the Cybertruck. If you’ve been living under a rock over the last few days, let’s just say that the presentation did not go so well. The shatterproof windows were shattered.

Oh my fu—– god! Well… maybe that was a little too hard. 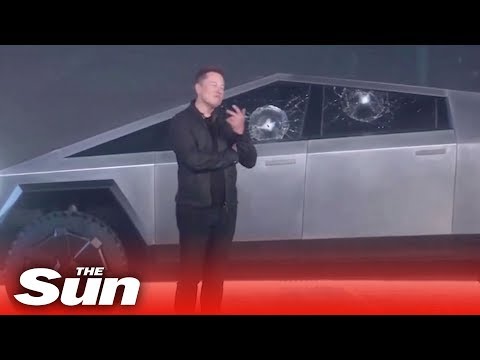 On top of that, the vehicle’s eccentric design became the subject of thousands of jokes and memes. Even a week later, memes about the Cybertruck are still dominating various social media platforms. People and even companies can laugh all they want. Tesla has managed to turn an epic fail of an unveil event into a massive win.

The botched debut of the Cybertruck sparked countless memes on social media. Many of the memes poked fun at the vehicle’s unusual trapezoid shape. For instance, one meme is circulating just in time for Thanksgiving.

One of the most popular memes involves a poorly rendered version of Lara Croft. Everything looks edgy just like the Cybertruck.

There’s even a meme about the Cybertruck being one of Elon Musk’s earliest drawings.

Arguably, the best Cybertruck meme came from Danish company Lego. The toy maker broke Twitterverse with its own truck that comes with a shatterproof guarantee.

With thousands of memes circulating in various social media platforms, it is easy to think that Tesla is becoming a big joke. Haters can laugh all they want but Elon is making bank.

Twitter Memes Is a Stroke of Marketing Genius From Elon Musk

Elon Musk is one of the most revered figures on Twitter, so it’s not surprising that he’s constantly updating the number of Cybertruck pre-orders on the microblogging platform.

On Wednesday, the tech magnate suggested that there are 250,000 orders for Tesla’s electric pickup. That’s an additional $25 million dollars on the company’s balance sheet.

What’s even more remarkable about Musk’s regular updates is its potential to drive investor sentiment. The number of pre-orders may push investors to hit the buy button. At the very least, traders who are bearish on Tesla would think twice in shorting the stock.

The hype works well for an equity that’s trading close to the last line of resistance for the bears. With technical indicators flashing oversold readings, Tesla should be a textbook short.

A look at the weekly chart tells me that Tesla should be ripe for a retracement. But the enormous volume of Cybertruck pre-orders sows seed of doubt to would-be shorters. With the company getting a lot of organic attention, there’s an argument to be made that this time may be different for the stock. This time, bulls may muster the strength to finally breach resistance of between $360 and $390.

That’s the genius of Elon Musk. The best thing about it is that he’s not paying a dime to warrant such attention. People can joke as much as they want but at the end of the day, Musk gets the last laugh.