Since Tesla’s (NASDAQ: TSLA) shares hit a low of $176 in June, the stock has nearly doubled in price on the back of the electric carmaker’s improved prospects. Whether this upside direction will last depends on whether Tesla CEO Elon Musk can make good on the promises made in the last few months. Currently, the stock is hovering above $340.

The stock could appreciate even higher as sales are expected to rise with the firm’s international expansion plans, the unveiling of new models, sustained cost-cutting efforts and improved efficiency. Wall Street firm New Street Research has, for instance, set a price target of $530 for the stock. This would mean the stock appreciating by 54% from the current prices.

Jefferies has also raised its price target for the carmaker to $400. From the current levels, the stock would need to go up by around 15% to reach this target.

The sentiment around the stock has improved since the end of last month when Tesla beat expectations by announcing a surprise profit during the third quarter. The stock has gone up by around 37% since then.

Among the new products Tesla is launching and which could boost the stock include a pickup truck. Last week Tesla CEO Elon Musk announced that the ‘Cybertruck’ will be launched on November 21.

Cybertruck unveil on Nov 21 in LA near SpaceX rocket factory

In launching the pickup truck Tesla will be joining a US market that is dominated by Ford Motor Company with its F-series. The idea of the electric pickup truck was initially floated six years ago.

While buyers of trucks differ from luxury car buyers, auto analyst Michael Harley has warned that Tesla could disrupt the market.

If I were the Big Three truck makers at this point, I would be concerned,” said Harley. “Because, remember, nobody ever expected Elon Musk’s Model 3 to disrupt BMW Audi, and those guys, you know, now it’s outselling all three of those brands.

In the US the Model 3 has outpaced comparable luxury vehicles in sales in the last couple of months.

Tesla has also announced that it will be introducing a crossover next year in summer. It will be called the Model Y.

On an earnings call with analysts last month, Musk exuded confidence in the crossover’s prospects saying ‘I think it will outsell Model S, Model X and Model 3 combined’. Musk’s confidence could be due to the fact that the Model Y will be cheaper than either the Model S or Model X but with more utility value relative to the Model 3. The Model Y crossover will have a capacity of 7 passengers and will offer the longest electric range for an SUV. The crossover will be launched in summer next year. 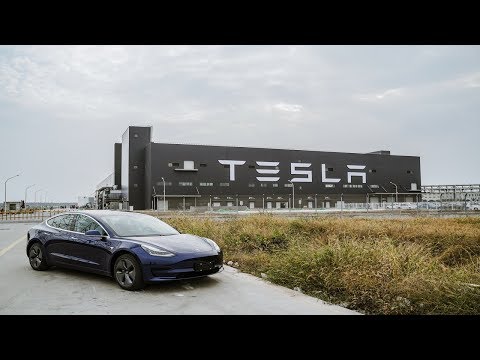 As for Tesla’s global expansion efforts, China has been the most closely watched. It is not only the largest market for regular cars but also for electric vehicles. All indications are that the Model 3 made in China is nearing release and orders are already pouring in.

Email Notification from one of the Tesla salesman in China. New orders keep coming in every minute. Yeah, every single F’n minute.