Kourtney Kardashian’s baby daddy — and on-again, off-again boyfriend — has a bit of a habit of dating barely-legal women — and while, technically, they’re all over the age of consent, the fact that they’re barely legal (and that they were “friends” before they began “dating”) is cause for concern.

Scott Disick Has Been Dating Teenagers For A While

Let’s be 100% clear: as of this writing, none of Scott Disick’s rumored girlfriends have been under the age of consent. He has always dated women who were at or above the legal age of 18 years old. 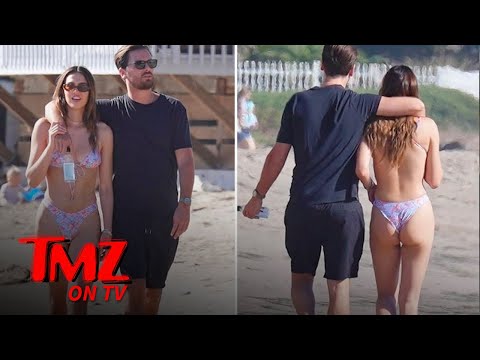 In fact, back in 2017, Elite Daily pointed out that the then-34-year-old “Keeping Up With The Kardashians” star was dating many, many women who were far too young for him — including Megan Blake Irwin (who was 22 at the time), Christina Burke (who was 20 at the time), and Lindsay Vrckovnik (who had just turned 18 when she started dating him).

Where do you even take an 18-year-old? It’s not like you can grab a drink together. Are you going to see “Finding Dory” together or something? If you are a grown-ass man, you shouldn’t be dating a teenager. Teenagers? If a grown-ass man wants to date you, ask yourself why he can’t find someone more age-appropriate?

Today, however, Scott Disick is 37 years old. And while he keeps getting older, his girlfriends keep getting younger.

Amelia Hamlin Is Way Too Young For Him

Yes, “legally” speaking, Amelia Hamlin is an adult. At 19 years old, she’s old enough to vote, enter into a contract, buy a home, and basically do everything that every other adult can do except purchase alcoholic beverages (which she can’t do until she’s 21 years old).

That’s not the point.

The point is, she’s just the latest in a long string of “girlfriends” that are either barely legal or still teenagers. Most recently, his “girlfriend” Sofia Ritchie was barely 19 years old when he started dating her. Granted, Disick has enough problems of his own, but why can’t he find a girlfriend that’s more age-appropriate? This isn’t a “cry for help.” This is straight-up gross.

FemeStella has a theory — one rooted in science — that suggests that because adult brains don’t become fully formed until they’re 25 years old, the age gap is imbalanced. To put it more succinctly:

While Scott Disick may not be doing anything illegal, he’s definitely taking advantage of girls who aren’t fully developed. In other words, he’s a predator.

That about sums it up.