Louis Tomlinson has been trending on social media due to the single “Walls” climbing the iTunes charts. However, the real measure of success in the music business is where an album ranks in the US Billboard 200 and OCC UK Albums Chart. Tomlinson’s album set neither of these charts on fire.

Louis Tomlinson Is Only Trending Because Of Fan Promotion

Louis Tomlinson is celebrating his #1 ranking on iTunes worldwide. The singer does deserve to bask in this success since it is a legitimate accomplishment, but it’s his specific fanbase that’s forcing these sales to rise.

The all-caps, “BUY WALLS ON ITUNES” is the tag fans are running with for the music single to gain traction online. This already proves the song’s success isn’t due to organic growth. In reality, it’s because fangirls have taken upon themselves to promote it.

Released eight months ago in January 2020, “Walls” shares the name with Louis Tomlinson’s debut album, which was released the same month. There were no celebrations back then, as the album could only muster 35,000 copies in sales upon release and #9 on Billboard 200.

If fans think the 10 million figure view count for the song on YouTube is a sign of online success, then they’re hilariously out of touch. Comparing Tomlinson against his former One Direction members shows how far behind he’s lagging.

The reality is the singer’s solo run is nothing compared to the lofty heights achieved by other One Direction members. Fans are repeating the same words of praise for him on Twitter for solidarity, as seen in the tweet below.

Three One Direction members opened #1 on the Billboard 200, as Zayn Malik’s debut album “Mind of Mine,” sold 157,000 in its first week; Harry Styles’ topped at 230,000; Niall Horan’s “Flicker” debuted with 152,000 units. Harry Styles has also successfully shifted into an acting career. Niall Horan and Zayn Malick’s follow-up albums maintained the numbers of their debuts.

Only Liam Payne’s lackluster “LP1” flopped harder, with only 9,500 units sold and arriving at an awful #111. Considering Payne’s biggest achievement is knocking up Cheryl Cole, beating him doesn’t say much for Louis Tomlinson’s own success. Instead, it lumps him with Payne as the wooden-spooners of One Direction.

One Direction Comparisons Keep Tomlinson’s Name In The Media

Zayn Malik’s decision to walk away from One Direction ultimately cost Louis Tomlinson his relevance. The last time he was in the media was when One Direction marked their tenth anniversary. After Malik’s departure, Tomlinson usually found himself answering questions about his former bandmate rather than himself, as seen in the video below. 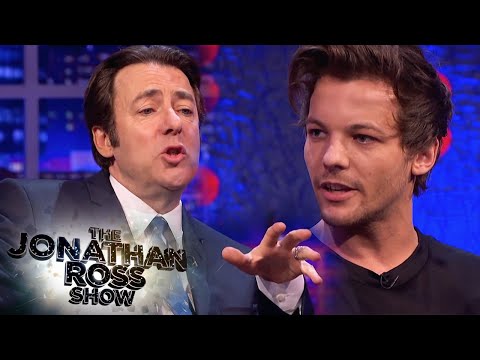 Tomlinson’s most recent source of relevance was also at the hands of Malik. After congratulating Zayn on the arrival of his baby with Gigi Hadid, Tomlinson saw his name pop up for seemingly burying the hatchet they’ve had for years.

Louis Tomlinson has relied on external factors for success. “Walls” might be trending now, but fangirls are can only keep the interest alive for so long. Unless the singer comes up with musical material that wins him new fans, he’ll need to wait for another former bandmate to have a kid just to see his name in the news again.