Legendary investment firm SoftBank, which was once but a Japanese telecom provider, plans to plow another $750 million into the WeWork IPO, according to a report in The Wall Street Journal. This would be in addition to the $2 billion it invested earlier.

This looks like a classic case of SoftBank averaging down from its original investment.

The original $2 billion investment came during a WeWork fundraising round that valued the company at $47 billion. The WeWork roadshow has proven to be a complete bust, with investors exhibiting tremendous skepticism about the ability of the company to survive for the long term.

As a result, the IPO valuation of the company appears to have plunged to around $12 billion. 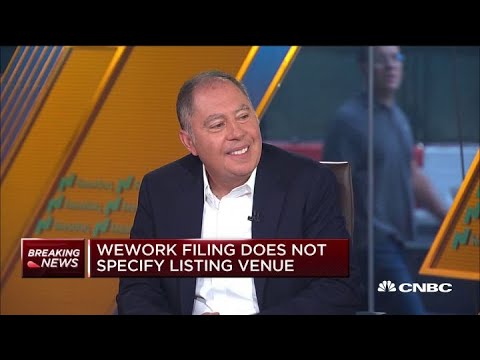 If that’s the case, WeWork would have already lost 75% of its investment in what would be called a “down round” of fundraising via the IPO. By buying shares worth $750 million at the IPO, SoftBank would end up owning roughly 25% of the company.

In order for SoftBank to break even on its investment, WeWork stock would have to eventually triple off of its IPO price. That’s not very encouraging news for SoftBank.

Why Not Just Trash the IPO?

One would think the easy solution to this problem would be to delay the IPO.

It’s not so simple.

If WeWork delays the IPO, it will not be able to obtain a $6 billion loan from a bank syndicate, nor would it be able to pick up the $3 billion in capital it would raise in the IPO.

Losing access to $9 billion, after losing just under $1 billion in the first six months of the year, could put the company in a cash crunch.

And it isn’t just the money that WeWork has lost thus far this year that should be of concern to investors. Its cumulative net loss is almost $4 billion. CEO Adam Neumann, who I think is the next Elon Musk, refuses to admit that the company is losing money.

Instead, he says “we invest money in the future.”

What a bunch of nonsense.

SoftBank has invested in many winners, but it remains a mystery why it put in money with Adam Neumann. This is the guy who tried to convince everybody, including a very skeptical SEC, that the company could use a financial metric called “community-adjusted EBITDA.”

EBITDA is “earnings before interest, taxes, depreciation, and amortization,” and backing out those elements gives investors a close approximation to operating cash flow.

Adam Neumann tried to stuff building and community-level operating expenses, which includes rent and tenancy expenses, utilities, internet, building staff salaries, and the cost of luxury amenities for its buildings, into that category.

This metric was roundly criticized, and rightly so. All of that is nothing more than operating expenses. They would’ve normally been deducted from revenue and end up in the “E” portion of EBITDA.

By pushing those into this new fictional category, the effect would have been to remove operating expenses from revenue, thereby pushing up the earnings the company may report…if they had any.

Even More Sketchy Accounting From WeWork

That’s not the only wonky accounting that Neumann tried to get away with. Another metric was “adjusted EBITDA before growth investments.” This would remove sales and marketing expenses, growth and new market development expenses, and preopening community expenses from EBITDA.

Again, this is nothing more than a transparent attempt to boost apparent cash flow, when all of these things are normal operating expenses that any other business or real estate company would not break out.

To a certain extent, that kind of reporting might have value in that it shows how much cash flow a company might have if it didn’t have these expenses. When companies experience one-time events that are not a part of the regular business, such as payment of a legal settlement or an insurance payout, they will note this as a one-time adjustment.

But that isn’t what Neumann is doing. These are all operating expenses that would occur on a regular basis.

Both the company and SoftBank are going to have their work cut out for them.

There’s been a lot of talk about Neumann’s self-dealing regarding the company. Some of the space that WeWork leases is owned by Neumann himself. So there are obvious questions as to whether or not the company is overpaying rent for that space. That kind of conflict of interest should be of great concern to investors.

There’s no guarantee that the board of directors is protecting investors by negotiating market rents that are truly arm’s length.

But the real concern has to do with the company’s business model itself. 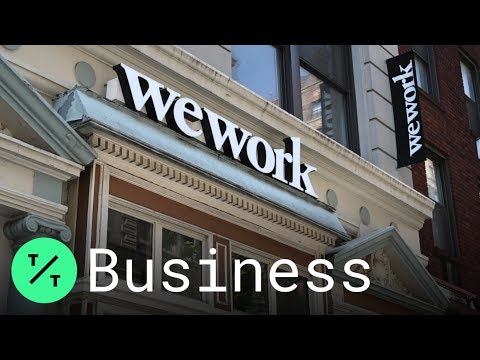 The company has to draw down a lot of debt in order to lease its spaces to begin with. It then turns around and chops the space up into subleased community workstations, offices, and conference rooms that individuals can rent by the hour, day, or month.

The short-term nature of these subleases is such that a recession would be very likely to dry up demand for the space. If subleasing revenue declines significantly, which is what we would expect in a recession, then WeWork’s ability to make good on its leases could be put in jeopardy. That, in turn, could not only mean being kicked out of those buildings but not having the money to service its debt.

The debt service issue is what is most problematic for investors. In that case, the bondholders and debtholders swoop in and take control of the company. The stock could go to zero.

If Adam Neumann can’t lease the buildings he owns to WeWork anymore, that doesn’t mean he wouldn’t be able to find other entities to lease the property. He’s not really the loser in this scenario.

We won’t even get into the $6 million that the company paid to Neumann in order to license the “we” trademark. Fortunately, he returned that money.

If this all sounds like a terrible investment, you’re probably right. So, save a little pity for SoftBank.