Nintendo has a super strange relationship with mobile gaming. While they seem to put out well-made but ultimately standard monetized mobile games, they also seem to think they’re better than that. In several interviews, Nintendo claimed that they alter their marketplaces to stop players from spending too much money.

The fact that Nintendo appears to be bringing a paid subscription to their two-year-old mobile game sort of goes against that last statement. It seems like Nintendo is saying one thing and doing another, something I’m sure that no gaming company has ever done before.

Animal Crossing Pocket Camp was already an annoying entry into the series. It took hours to get anything done in the classic mobile style. Even if you were super into Animal Crossing, it was barely worth your time. Things only got worse as time went by as more and more stuff required premium currency to buy.

It was already a worse cash-in than Animal Crossing Happy Home Designer. Really phasing in more and more premium currency items seems like it would be the worst idea. Needless to say, Nintendo clearly doesn’t care. They’ve seen dollar signs in their eyes ever since they started releasing mobile games while pretending that they’re not like other mobile game companies.

The worst part is that it’s not even one subscription, but two of them. In one plan, you get a helper at your camp; in the other, you get more storage space and some fortune cookies. So it’s not enough to charge a subscription, they have to try and nickel-and-dime you to death. 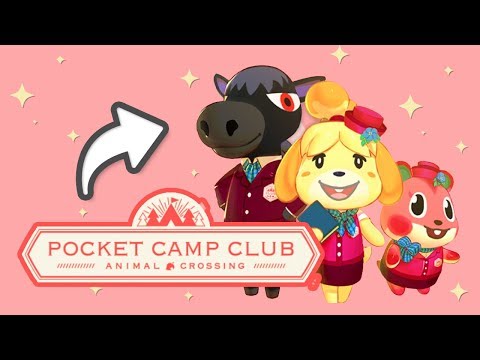 It’s All Thanks to Mario Kart World Tour

The real reason that this new subscription is coming to Animal Crossing Pocket Camp is because of Mario Kart World Tour. The kart racing game came out a few months ago and was a massive success for Nintendo. It also started out with a premium subscription, which walled off some pretty standard Mario Kart features.

It seems like the subscription must have been pretty damn lucrative. Nintendo is basically just capitalizing on the popularity of their core franchises and doing it in the worst possible way. It’s not like they’ve not been doing the same thing for years. I just wish that they could scrape together the conviction to actually mean it when they say they care about their players.