The S&P 500 is recovering after its 6.95% decline in the month’s first week. But economists are warning against a weak U.S. economy.
PHNjcmlwdCBhc3luYyBzcmM9Imh0dHBzOi8vcGFnZWFkMi5nb29nbGVzeW5kaWNhdGlvbi5jb20vcGFnZWFkL2pzL2Fkc2J5Z29vZ2xlLmpzIj48L3NjcmlwdD4KPCEtLSBUb3AgQXJ0aWNsZSBDQ04gLS0+CjxpbnMgY2xhc3M9ImFkc2J5Z29vZ2xlIgogICAgIHN0eWxlPSJkaXNwbGF5OmJsb2NrIgogICAgIGRhdGEtYWQtY2xpZW50PSJjYS1wdWItNjQ3MjA2OTY5MzY1NzE0MyIKICAgICBkYXRhLWFkLXNsb3Q9IjU4NDY0ODIyMjMiCiAgICAgZGF0YS1hZC1mb3JtYXQ9ImF1dG8iCiAgICAgZGF0YS1mdWxsLXdpZHRoLXJlc3BvbnNpdmU9InRydWUiPjwvaW5zPgo8c2NyaXB0PgogICAgIChhZHNieWdvb2dsZSA9IHdpbmRvdy5hZHNieWdvb2dsZSB8fCBbXSkucHVzaCh7fSk7Cjwvc2NyaXB0Pg==

The S&P 500 is showing signs of recovery after its 6.95% decline in the first week of September. But economists are warning against a weak U.S. economic recovery resulting from the stimulus stalemate.

Technical factors support the medium-term bull case for the S&P 500. Throughout history, the stock market often dropped by 5% to 7%, which makes the recent market decline a typical pullback.

Whether the optimistic technical catalysts could offset the lingering danger of economic slowdown in the U.S. remains uncertain.

The S&P 500 is not directly reflective of the economy. Even if the U.S. economy continuously slumps, Big Tech could buoy equities as seen throughout April to September.

However, the stock market is not wholly disjointed from the economy. If unemployment rates start to fall again, and a cascade of bankruptcies occur, it could hinder the equities momentum.

A new multi-trillion dollar stimulus package is desperately needed to prevent mass bankruptcies and to support small to medium-size businesses.

Although small businesses do not have an immense impact on the S&P 500, it could affect overall investor confidence.

According to Alan Blinder, a Princeton University economics professor and the former Fed vice-chair, the government is “playing with fire.”

Blinder emphasized that if states and local governments do not receive the funding they need, it could cause distress. He said:

“If we have to see states reducing spending, cutting teachers, cutting police, and other things that states and local governments do, you’re really playing with fire.”

In July, the former Fed chair Ben Bernanke issued a similar remark. He warned that a “protracted recession” could emerge without sufficient federal aid.

The confluence of two negative factors arising from the stimulus stalemate could cause a larger S&P 500 downtrend.

First, the U.S. economy is at risk of slowing down in the near future without Federal assistance. Second, no stimulus would also mean the absence of direct payments. Stimulus checks were one of the main catalysts behind the stock market rally throughout the second half of 2020.

Even the economy of Asia, which outpaced developed nations for many years, has started to slow. 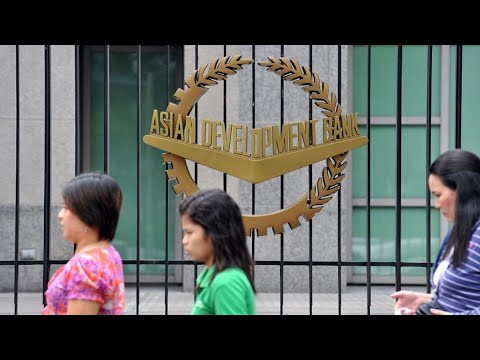 What do Wall Street Investors See Next?

Dwyer expects more pullbacks in the 3% to 7% range in the longer term, especially as the presidential election nears. He said:

“The 7% correction in the S&P 500 SPX, +1.27% over the past six trading sessions is likely the first of a few 3-7% drawdowns followed by new highs as the market stair-steps higher like the fall of 2009, driven by election-year angst and the extended nature of the market-cap-weighted indices.”

The cautious stance from strategists and investors coincides with the fact that the U.S. economy is not powering.

Pantheon Macroeconomics chief economist Ian Shepherdson told the FT that “people can see” that the economy is “not motoring along.”

The economist emphasized that it is difficult to imagine how the lack of stimulus wouldn’t “depress” economic growth.

Joseph Young
Financial analyst based in Seoul, South Korea. Contributing regularly to CCN and Forbes. I have covered the stock market and bitcoin since 2013. Joseph Young is a Trusted Journalist. Visit his MuckRack profile here. Reach him on Twitter or LinkedIn.
Subscribe
0 Comments
Inline Feedbacks
View all comments
← PreviousHere’s Why Investors Will Soon Forget September’s Stock Market Selloff
Next →We’re Trapped in a Stock Market Bubble. Here’s How You Can Profit