Historical cycles show the U.S. stock market correction is coming to an end. Investment banks say that the recent pullback’s intensity matches most market slumps since the 2008 crisis.

The reset of the U.S. stock market after a week of extreme volatility would calm investors. Such a trend raises the probability of a gradual uptrend in the near term.

In a note, a team of Goldman Sachs strategists said the S&P 500 saw a “typical pullback of 5%.”

Since 2008, most stock market corrections have ranged from 5% to 7%, lasting for around 20 trading days.

Based on the historical performance of the stock market, strategists are confident for an extended uptrend.

The strategists said they “remain optimistic” about the U.S. stock market path in the upcoming months. The note, obtained by Bloomberg, reads:

“Since the financial crisis, the typical S&P 500 pullback of 5% or more has lasted for 20 trading days and extended by 7% from peak to trough, matching the magnitude of the most recent pullback if not the speed.”

The likelihood of a typical stock market correction coming to an end is supplemented by a normalizing options market.

As the Financial Times and the Wall Street Journal reported, SoftBank reportedly placed a massive $4 billion options bet. The FT’s unmasking of the Japanese conglomerate as the “Nasdaq whale” was followed by a stock market drop.

After a period of massive volatility, the options market is beginning to stabilize. For stocks, that could be a sign of a positive accumulation phase.

Deutsche analysts said the options market showed extreme optimism before the correction. It likely means that the stock market was heavily overcrowded, possibly causing a cascade of liquidations.

The stabilization of options allows the equities market momentum to rebuild without being at risk of big volatility spikes.

While strategists are turning cautiously optimistic about equities, there still exists one major threat.

According to Deutsche, the volatility in the stock market might spike again approaching November.

The “unprecedented volume of mail-in ballots” makes massive stock movements post-election highly likely. The strategists said that investors “still have to content” with the presidential election, which could heavily affect the markets.

The Fed’s Upcoming Meeting is a Potential Catalyst

Atop the two optimistic technical factors laid out by Goldman and Deutsche, the Federal Reserve meeting could also catalyze stocks.

An equity derivatives strategist says this was the most expected stock correction. 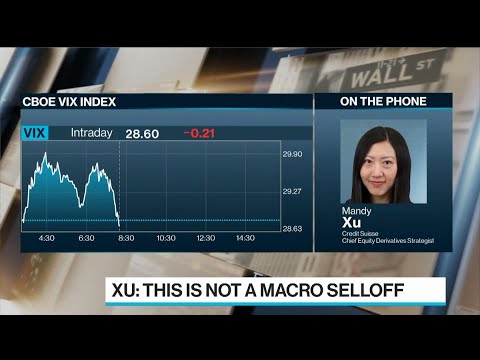 This time, the Fed might not interfere with the rising economy, maintaining relaxed financial conditions. Sheets said:

“They want to get a better sense of how the economy is going to evolve before committing to these long-lasting type of policy changes.”

At least in the near term, the prospect of a prolonged favorable macro backdrop for stocks could buoy investor confidence.