Dr. Nouriel Roubini, a professor at New York University’s Stern School of Business, estimates that a new recession could hit the global economy very soon. And, when that happens, central banks around the world must stop printing money.

A Global Recession is Underway

On his latest market review, the head of Roubini Macro Associates, sometimes known as “Dr. Doom,” stated that the global economy is experiencing an overall slowdown that could bring on an outright recession. This could be triggered by several issues that are occurring around the world.

The trade war between the U.S. and China, the rising tensions in Iran, the idea of a “hard Brexit” in the United Kingdom, or a conflict between the International Monetary Fund (IMF) and Argentina’s new president could set the stage for a macro-economical downturn. The solution would not be printing more money, according to Roubini:

When the next recession hits, policymakers will almost certainly pursue some form of central-bank-financed stimulus, regardless of whether the situation calls for it.

Roubini argues that under “intense political pressure,” governments around the world tend to use the same tactics to prevent a “full-scale depression” and the “onset of deflation.”

Printing Money Will Not Solve the Issues 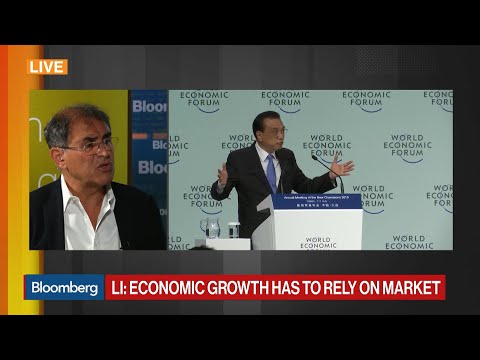 In the U.S., the Federal Reserve is cutting rates and implementing a new form of quantitative easing (QE). In the U.K., the Labour Party came up with a “People’s QE,” making the central bank print money to finance direct fiscal transfers to households. Other political figures have called for helicopter drops, which involve printing money and giving it to the public to stimulate the economy. Some economists, like thost at BlackRock, have proposed a standing emergency fiscal facility, which would allow the central bank to finance large fiscal deficits.

Despite the different methodologies, Roubini believes that all of these policies have the same result. In the short-term, they may be appropriate to alleviate the impact of a financial crisis. But, “they will do more harm than good over the long term.”

Fiscal and monetary loosening is not an appropriate response to a permanent supply shock. Policy easing in response to the oil shocks of the 1970s resulted in double-digit inflation and a sharp, risky increase in public debt.

Roubini concluded that the only time such policies were able to help was in the 2008 financial crisis. This crisis was triggered by a negative aggregate demand for illiquid agents, which meant that monetary and fiscal stimulus made sense. However, these policies will not help prevent the next global recession.