Saudi’s crown prince warned that war with Iran would lead to a sweeping shattering the world’s economy.

In a rare televised interview on 60 minutes aired over the weekend, Prince Mohammed bin Salman addressed key issues such as the death of Jamal Khashoggi, the recent Iranian attack on a Saudi Aramco oil plant, and the ongoing war in Yemen.

The interview with the Saudi crown prince came as the conflict between Saudi Arabia and Iran seemed to accelerate. Two weeks ago, Iranian-backed Houthi rebels launched drone attacks that aimed at a major plant owned by Saudi Aramco. Aramco is the biggest company in the world that is valued at more than $2 trillion. The attack affected more than 5% of the total global oil supply. According to the prince:

The price has declined to levels before the attack as investors believe that the repairs of the terminal will happen sooner. The Houthi militia has also called for a ceasefire, a move that is backed by the Saudi crown prince.

We are doing this every day. But we try to turn this discussion into an actual implementation on the ground, and the Houthis a few days ago announced a ceasefire, from their side, we consider it a positive step to push for more serious and active political dialogue.

The crown prince pointed to the strategic importance of the Middle East region in justifying his claim that the world economy would collapse.

He said that the region produced more than 30% of the world’s oil resources. It was also a crucial sea passage for goods. He said:

The region represents about 30% of the world’s energy supplies, about 20% of global trade passages, about 4% of the world GDP. Imagine all of these three things stop. This means a total collapse of the global economy, and not just Saudi Arabia or the Middle East countries.

There Will Be No War

In recent days, the US and Iran have all said that they were ready to negotiate. Saudi crown prince said that the kingdom supported peaceful negotiations. Just last week, Trump refuted claims that he had offered to remove sanctions on Iran in exchange for talks. But, Trump refutes many media claims only to back down later. As a reminder, Trump once denied claims that his relationship with Rex Tillerson was on the rocks. He fired him shortly afterward.

Iran wanted me to lift the sanctions imposed on them in order to meet. I said, of course, NO!

As the political heat in Washington continues, Trump could be forced to sit down and negotiate with the Iranians.

On their part, Iranians have been adamant about negotiating with Trump. In an interview with China’s state-owned CGTN, Javad Zarif said that Iran has always been open for talks. He said that these talks would have to be on the older JCPOA agreement. However, as the Iranian economy continues to deteriorate, the country could be left with no alternative option other than to talk. 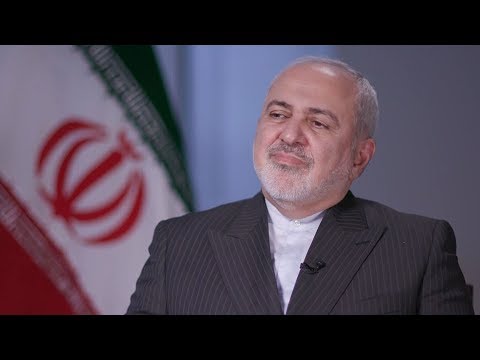 Europeans, who have backed Iran, have started to express their opposition to the escalation by the country. This could leave Iran more isolated, which will force the leaders to the negotiating table. Therefore, I see a very thin likelihood for a war between Iran and Saudi Arabia in the near term. The likelihood for war could happen if Iran continues the escalation.