Following The Crown’s portrayal of Diana and Charles, Prince Harry is now risking his reputation and family by considering a reality show.

When I first heard the rumblings of a potential agreement between Prince Harry, Meghan Markle, and the streaming giant Netflix, I immediately knew what such a deal would entail.

Of course, the Sussexes and their fans were quick to claim to the contrary, talking up the deal’s altruistic nature despite the obscene amount of money being mentioned.

As time has passed, we’re slowly beginning to see precisely what will be required of the unpopular royals.

And it isn’t going to be pretty.

Netflix isn’t stupid – it knows what gets its audience watching

I’m not sure that anyone besides the most blinkered of Sussex fans believed the nonsense about “inspirational family programming.”

I’m almost certain that Netflix didn’t buy into that line of thinking. I hate to rain on Prince Harry and Meghan Markle’s parade, but no one pays a subscription fee to Netflix for that kind of content.

One only has to look at possibly the most popular show on the platform in 2020 – Tiger King, to see the kind of “entertainment” that grabs the viewer’s attention.

Netflix isn’t interested in what Meghan and Prince Harry have to say on social matters. Sure, they’ll pretend that they do, just in the same way as they probably told Joe Exotic that they were interested in how he works with animals.

Poor old Joe believed the show would be based around him and his awesomeness when in reality, the people were laughing and pointing at him, not cheering for him.

It was car-crash television at its worst. Why should we believe Prince Harry and Meghan Markle will be any different? 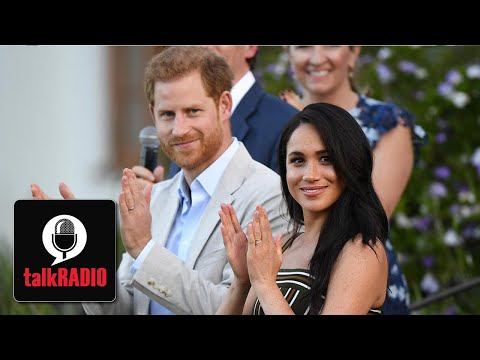 Remember when Harry and Meghan’s representative claimed that the couple would not be taking part in a reality show?

Then it was said that they would consider it if it wasn’t tacky and if the money was right.

Now it seems we’re getting close to seeing the real reason Netflix even entertained the couple in the first place.

A Netflix source told The Sun:

Harry and Meghan’s publicity team have gone into over-drive to quash any notion of them filming a tacky reality series. Essentially they are splitting hairs. There will be a fly-on-the-wall series, but obviously, it won’t be warts and all, or about their personal life.

I have to ask, did anyone believe this was ever in doubt?

Did you buy the laughable nonsense that Meghan Markle and Prince Harry would remain behind the camera, helping to create content that shines a light on other, more deserving individuals?

Of course not. Meghan Markle was always going to be in front of the camera, in the limelight. It’s what she does.

As a source has claimed, Meghan wants to be in front of the camera so the world can see “the real her.”

It should shock absolutely no one that this whole deal was always all about Meghan.

If Prince Harry goes down this road, he’s done as a royal

While this has always been the end game for Meghan Markle, it also spells the end for Prince Harry.

It’s bad enough that he’s actively working with the company benefiting from ripping his father and dead mother’s reputation to shreds, but if he takes this a step further, I see no way he can recover from this.

For months, I’ve said that Meghan’s aim has been to use Prince Harry and his family to open the doors in Hollywood that she couldn’t get through due to her lack of ability.

I take no pleasure in saying I told you so.

Aubrey Hansen
I'm a full-time royal & entertainment commentator at CCN. I've had my opinions and links to my work on the royal family featured by outlets such as The Daily Mail, International Business Times, and The Express. Reach me at aubrey.hansen@ccn.com, visit my LinkedIn profile here or my Twitter profile here.
Subscribe
31 Comments
Most Voted
Newest Oldest
Inline Feedbacks
View all comments
← PreviousDoes Netflix’s ‘The Crown’ Throw Shade on Queen Elizabeth’s Reign?
Next →Scott Disick’s Latest Fling Looks More Like a Cry for Help